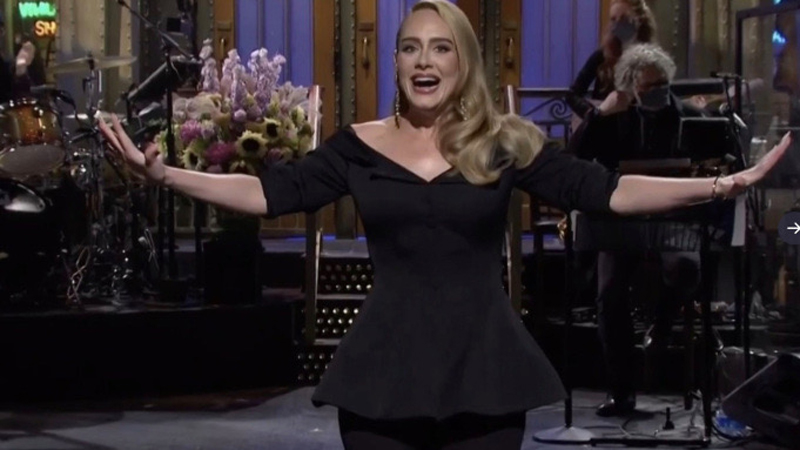 “I know I look really, really different since you last saw me. But actually, because of all the Covid restrictions I had to travel light and I could only bring half of me. And this is the half I chose,” the 32-year-old singer said.

The Hello singer also talked about how she felt “too scared” to sing and host SNL at the same time. She, however, belted out a song during one of the night’s sketches.

“I’m here because I’ve had a lot of heartbreak in my life – first at 19 and then, sort of famously, at 21 and then, even more famously, at 25,” she further added, referring to the titles of her first three albums. It has been five years since she last released an album.

The singer recently broke the internet when she posted a picture on Instagram after weight loss, on the occasion of her 32nd birthday. She had reportedly lost about seven stone (44 kg), with regular exercise and also a particular diet she followed — sirtfood diet, which involves eating foods high in a protein called sirtuin, which promotes weight loss.