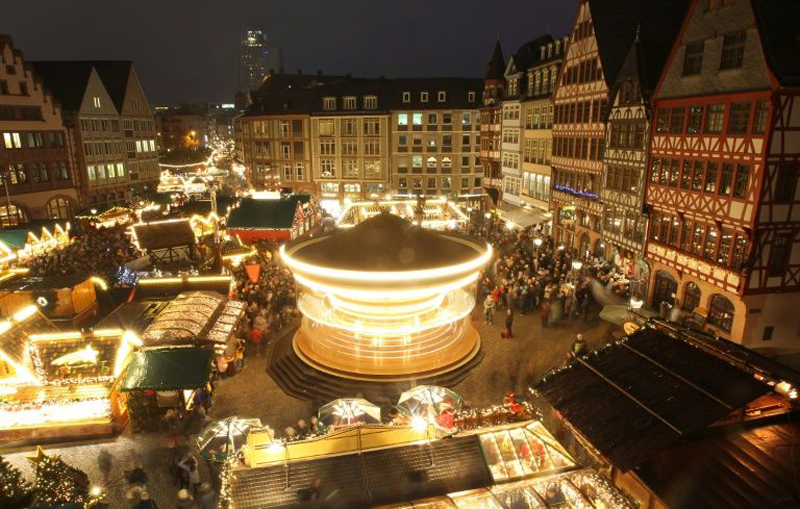 The German city of Frankfurt has become the latest to cancel its traditional Christmas market as the nation struggles to halt an alarming rise in coronavirus infections.

“Frankfurt is pulling the corona emergency brake,” the bestselling Bild daily wrote after city officials made the decision in emergency talks late Saturday.

The Frankfurt “Weihnachtsmarkt” is one of Germany’s most popular Christmas markets and usually attracts more than two million visitors who come to sip mulled wine, nibble on roasted chestnuts and shop for seasonal trinkets among a cluster of wooden chalets.

“Our goal remains to avoid another lockdown,” Frankfurt mayor Peter Feldmann said in a statement.

The worsening pandemic has already forced a slew of other German cities, including Berlin, Duesseldorf and Cologne, to announce they are scrapping or severely curtailing their Christmas markets, although major ones are still going ahead in Munich and Nuremberg.

Germany is home to some 2,500 Christmas markets each year that kick off the festive season in late November and are much loved by locals and tourists alike.

They draw about 160 million domestic and international visitors annually who bring in revenues of three to five billion euros ($3.6-5.9 billion), according to the BSM stallkeepers’ industry association.

Although Germany coped relatively well with the first wave of coronavirus, case numbers have risen rapidly in recent weeks, as they have across Europe.

The country on Sunday reported more than 11,000 new cases over the past 24 hours, bringing the total number since the start of the pandemic to 429,181.

Sunday marked that fourth day in a row that new cases crossed the 10,000 mark. Germany has recorded 10,032 coronavirus deaths to date, according to the Robert Koch Institute (RKI) for disease control.

Chancellor Angela Merkel has urged Germans to drastically cut back on socialising to curb the spread of the virus and authorities have introduced stricter rules on private and public gatherings.

Berlin police tweeted that they had to break up a “fetish party” of some 600 people on Saturday evening because the venue was too small for the crowd to social distance.

On Sunday, police in the capital said a building belonging to the RKI was attacked by unknown persons overnight who threw “incendiary devices” and bottles at the building, causing a small fire and breaking a window.

A security guard was able to put out the flames and no one was hurt, according to the statement.

Police have opened an investigation into attempted arson and have not ruled out a political motive, given the agency’s high-profile role in communicating about the virus.