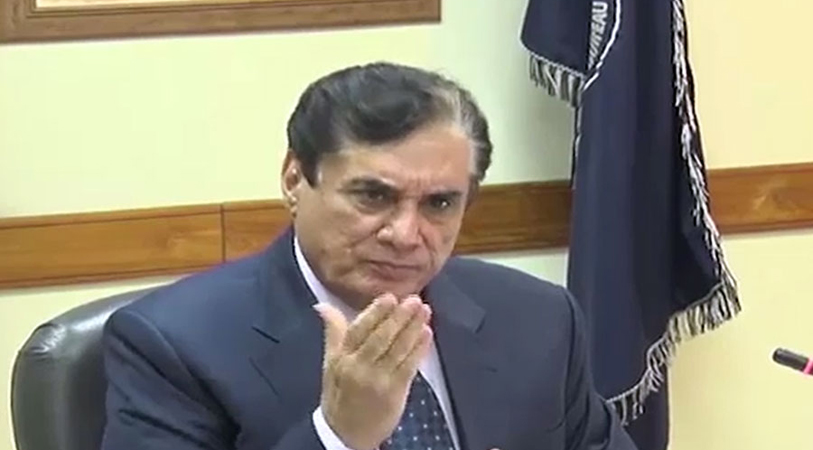 National Accountability Chairman Justice (r) Javed Iqbal has said that logical disposal of mega corruption and white collar crime cases is a challenging task but the watchdog is determined to bring the corrupt elements to justice.

In a statement on Sunday, he said that NAB has introduced combined investigation team (CIT) system in order to benefit from the experience and collective wisdom of senior supervisory officers. “This system is lending quality to the work. NAB has devised and implemented an effective monitoring and evaluation system in NAB Headquarters and all regional bureaus in order to review their performance in qualitative and quantitative terms which has proved very successful in enhancing the performance of all divisions of NAB including regional bureaus,” the statement said.

The NAB chairman said that the watchdog is absolutely committed to work transparently, fairly, professionally as Pakistan is considered as a role model for SAARC countries in eradication of Corruption due to NAB’s efforts and Pakistan’s Corruption Perception Index (CPI) according to Transparency International Pakistan Report. He said that correctly there are about 1230 corruption references in the accountability courts and their approximately worth is Rs. 743 billion.

He said that NAB has recovered Rs. 466 billion directly and indirectly from corrupt elements and deposited in the national kitty. He said that Pakistan is the only country to which China has signed MOU for overseeing CEPC projects in Pakistan. He said that NAB is the first Chairman of SAARC Anti-Corruption Forum which is a great achievement for Pakistan due to NAB efforts. He directed all Regional Bureaus to utilize all resources to arrest proclaimed offenders and absconders.

He said that NAB has established a state of the art Forensic Science Laboratory in NAB rawalpindi which is lending quality in conduct of inquiries and investigations. He said that NAB has recovered billions of rupees from illegal housing societies/cooperative societies as per law and returned life earned looted money to thousands of affectees who thanked Chairman NAB in this regard.

The chairman has called a high-level meeting on Monday (today), to be attended by Deputy Chairman NAB, Prosecutor General Accountability, DG Operations and all DGs of regional bureaus. During the meeting, strategy to further revamp operation and prosecution divisions of NAB will be chalked out in order to vigorously pursue NAB’s references in the respected accountability courts besides further improvement of the performance of all regional bureaus of NAB in conduct of complaint verifications, inquires, investigations on the basis of solid evidence as per law.

It was informed that on the directions of the Chairman NAB, the Prosecution Division is being revamped by inducting experienced legal consultants/special prosecutors. A mechanism of witness handling cells has been introduced in all the regional bureaus and the results of this intervention are very encouraging. Due to constant deliberations, monitoring and performance analysis of the operation and Prosecution Division, the overall conviction ratio is approximately 68.8 percent in the respected Accountability Courts which is one of the best conviction ratios.