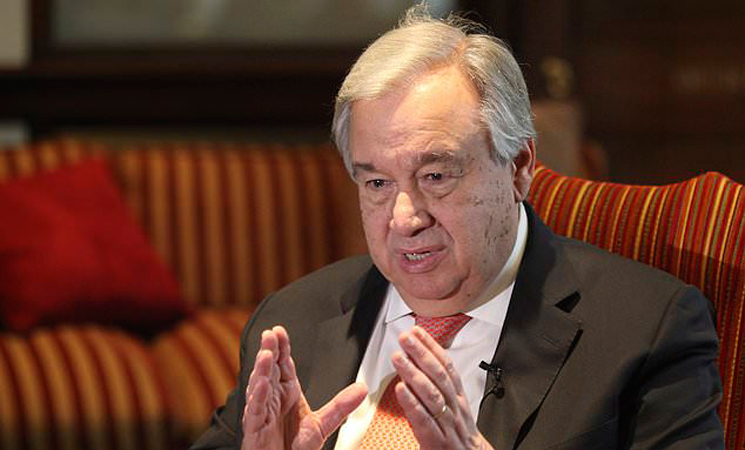 The United Nations announced Saturday that 50 countries have ratified a U.N. treaty to ban nuclear weapons triggering its entry into force in 90 days, a move hailed by anti-nuclear activists but strongly opposed by the United States and the other major nuclear powers.

As of Friday, the treaty had 49 signatories, and the United Nations said the 50th ratification from Honduras had been received.

The U.N. chief said the treaty´s entry into force on Jan. 22 culminates a worldwide movement “to draw attention to the catastrophic humanitarian consequences of any use of nuclear weapons” and “is a tribute to the survivors of nuclear explosions and tests, many of whom advocated for this treaty,” he said,

Guterres said the treaty “represents a meaningful commitment towards the total elimination of nuclear weapons, which remains the highest disarmament priority of the United Nations,” Dujarric said.

Beatrice Fihn, executive director of the International Campaign to Abolish Nuclear Weapons, the 2017 Nobel Peace Prize-winning coalition whose work helped spearhead the nuclear ban treaty, said: “This moment has been 75 years coming since the horrific attacks on Hiroshima and Nagasaki, and the founding of the U.N. which made nuclear disarmament a cornerstone.”

“The 50 countries that ratify this Treaty are showing true leadership in setting a new international norm that nuclear weapons are not just immoral but illegal,” she said.

The 50th ratification came on the 75th anniversary of the ratification of the U.N. Charter which officially established the United Nations and is celebrated as UN Day.

“The United Nations was formed to promote peace with a goal of the abolition of nuclear weapons,” Fihn said. “This treaty is the U.N. at its best – working closely with civil society to bring democracy to disarmament.”

The treaty requires that all ratifying countries “never under any circumstances … develop, test, produce, manufacture, otherwise acquire, possess or stockpile nuclear weapons or other nuclear explosive devices.” It also bans any transfer or use of nuclear weapons or nuclear explosive devices – and the threat to use such weapons — and requires parties to promote the treaty to other countries.

Once it enters into force all countries that have ratified it will be bound by those requirements.

The United States had written to treaty signatories saying the Trump administration believes they made “a strategic error” and urging them to rescind their ratification.