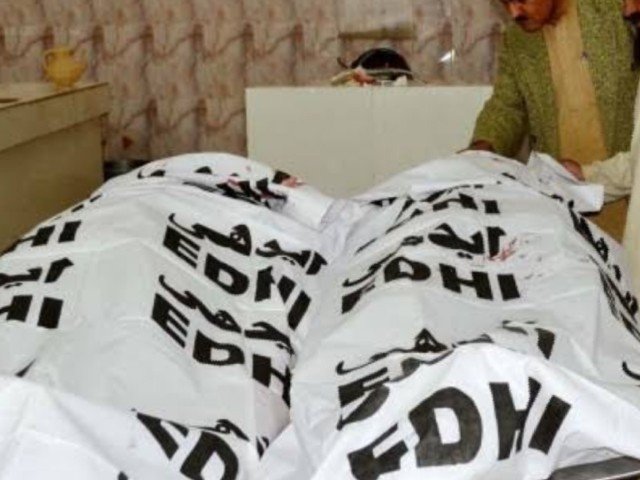 SUKKUR: Two terrorists of the banned Tehreek-e-Taliban Pakistan were killed in an encounter in Sukkur, the Counter-Terrorism Department (CTD) stated on Sunday.

According to CTD officials, an operation was carried out on Jaffarabad Road in Sukkur on a tip-off from the federal agency.

Terrorists on motorcycles indiscriminately opened fire to avoid arrest. However, both the terrorists were injured in retaliatory firing; they died on the way to the hospital.

The operation took place on Jafarabad Road after the CTD received a tip-off from its sources.

The suspected terrorists have been identified as Mujeeb Ullah and Muhammad Anwar. It is believed they are part of the Tehreek-e-Taliban.

Explosives and a motorcycle were also seized from their possession.

The CTD in charge said they were involved in attacks on security forces and were experts on making suicide vests.

No one from police was hurt in the incident because, the sources said, they were wearing bullet-proof vests.

The incident occurred within the remit of the Lal Qila police station.

According to CTD sources, the suspects were trained hitmen and belonged to the TTP.