Did we need another ‘Rebecca’? No, no we didn’t 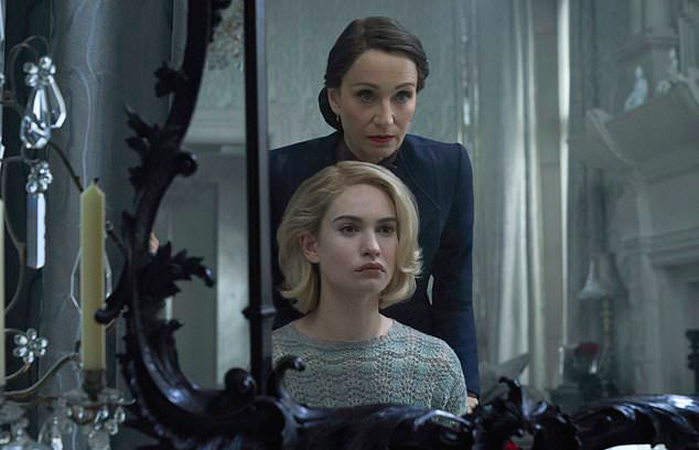 It´s asking for trouble remaking Hitchcock, but with “Rebecca” you might be able to see a sliver of an opening. It´s justly revered as a ghostly Gothic masterpiece and the only film of Hitch’s to win best picture. Yet Hitchcock, himself, said it´s not “a Hitchcock picture.” He called his adaptation of Daphne du Maurier´s 1938 book “a novelette, really” and noted that, besides, the Oscar didn´t go to himself but to producer David O. Selznick.

And it´s true, to a certain degree. More than any other top-tier (OK, second-tier) Hitchcock, “Rebecca” – the director´s first Hollywood film – isn´t a full expression of the filmmaker’s devastating mischief, his clinical mastery of suspense. For that you’d be better off turning to “Notorious” or “Vertigo” or “Shadow of a Doubt” or “Psycho.” Selznick insisted on too faithful of an adaption for Hitchcock to really sink his teeth in “Rebecca.”

But let´s not get carried away. “Rebecca” is still really good. Hitchcock, in movement and shadow, heightens the psychology of du Maurier’s characters until every interactions quivers with tension. Joan Fontaine is exquisite, and Judith Anderson’s frightfully poised Mrs. Danvers is a quintessentially Hitchcockian creation. Laurence Olivier ain’t bad either. So did we need another “Rebecca”? No, of course not.

Ben Wheatley’s “Rebecca,” out Wednesday on Netflix, is a limp, gauzy retread that never has half as firm a handle on the material as Hitchcock’s terrifically taut film. A script by Jane Goldman, Joe Shrapnel and Anna Waterhouse lends a slightly more faithful adaptation (Hitchcock was restricted by the Hays Code in the film’s final act). But throughout the film there’s only ever a sense of searching vainly for a purpose. The best this “Rebecca” can come with is some florid production design, showy camerawork and several fine, very well-outfitted actors spread out across Southern France and the coastal English countryside. There is some quite nice light in this “Rebecca.” But does anyone ever watch a grand Gothic fairy tale and think, “If only it had a bit more afternoon sun in it”?