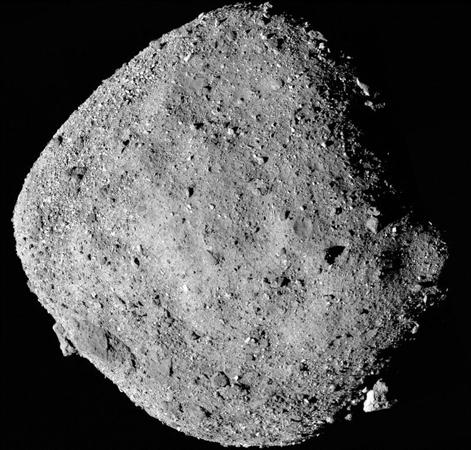 The U.S. probe that collected a sample from an asteroid earlier this week retrieved so much material that a rock is wedged in the container door, allowing rocks to spill back out into space, NASA officials said on Friday. The robotic arm of the probe, OSIRIS-REx, on Tuesday night kicked up a debris cloud of rocks on Bennu, a skyscraper-sized asteroid some 200 million miles (320 million km) from Earth and trapped the material in a collection device for the return to Earth. But images of the spacecraft’s collection head beamed back to ground control revealed it had caught more material than scientists anticipated and was spewing an excess of flaky asteroid rocks into space. The leakage had the OSIRIS-REx mission team scrambling to stow the collection device to prevent additional spillage.”Time is of the essence,” Thomas Zurbuchen, NASA’s associate administrator for science, told reporters.