Dancing, gaming and trolling: this week on the US campaign trail 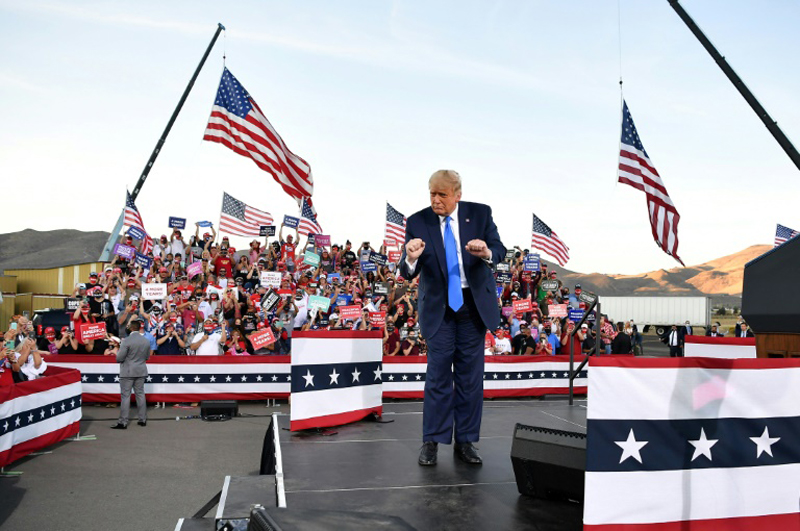 US election day is quickly approaching, but this week has shown there’s still plenty of time for dancing and video games on the campaign trail.

As the rhythm of Donald Trump’s final campaign tour gains speed, the president himself is trying to gain rhythm, egged on by cheering crowds to pop a few stiff-limbed moves to the 1970s hit “YMCA” by Village People.

His dance moves have gained a slew of imitators on the Chinese-owned app TikTok, which Trump has been trying to get shut down as an alleged security threat.

Elbows bent, shoulders swinging and feet screwed to the floor, the TikTok users’ performances often end with some applause. Even the president’s daughter Ivanka has posted a video of her mimicking her father’s shimmy.

As in any campaign, the two candidates are trying to stake out their public identity using symbols, and for the president — a former real estate tycoon — that means images of skyscrapers with his name plastered over them.

But for a few hours at the end of last week, Trump Tower in Chicago was lit up with the names of Trump’s Democratic rival Joe Biden and his running mate Kamala Harris.

The huge blue letters were immediately photographed and shared by passers-by on social media.

The stunt was organized by members of the United Steelworkers Union, which is backing Biden, president Barack Obama’s former VP.