Masood rules out talks with India, change in GB status 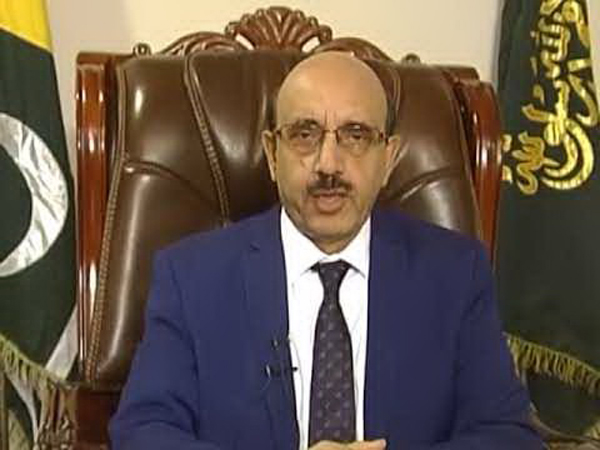 The Azad Jammu and Kashmir (AJK) President Sardar Masood Khan has ruled out any talks with India in the present situation or any change in the status of Gilgit Baltistan, which could harm the ongoing Kashmir liberation movement.

Addressing a function held here to mark the 73rd founding day of the government of Azad Kashmir on Saturday, he said that if India wants to hold talks, it must withdraw all actions taken about Kashmir after August 5, 2019, cease military operation in the held territory, immediately stop settling non-Kashmiri subjects in the state, and release all political leaders.

Rejecting bilateral talks with India, the state President said that Kashmir is not a bilateral dispute between Pakistan and India, but it has been debated thrice in the UN Security Council during the last one year, and we will never want the Kashmir issue to be dragged from the world body and confine it to Delhi.

He maintained that the talks, if held with India, would not be bilateral but trilateral under the supervision of the United Nations and with the involvement of the genuine representatives of Kashmiris.

India, he said that since 1972 India had very cleverly used the ploy of bilateral talks to keep Kashmiris and the United Nations away from the process and added that no talks between India and Pakistan could yield positive results without the participation of Kashmiris.

Khan also rejected apprehensions about the division of Kashmir and said that division of Kashmir was an Indian agenda under which it had bifurcated the state into Jammu and Kashmir and Ladakh after August 5 last year, and had declared them part of the Indian Union. “We would never take any action about Azad Kashmir and Gilgit Baltistan which could hurt the ongoing Kashmir liberation movement or Pakistan’s long-standing stance on Kashmir.

Stressing the need for dialogue between the political leaderships of Azad Kashmir and Gilgit Baltistan, Sardar Masood Khan hoped that they would be able to adopt some unanimous stand through dialogue and negotiations.

Highlighting the importance of the founding day of the Azad Jammu and Kashmir, AJK President said that the territory liberated in 1947 and a government under the dynamic leadership of Ghazi-e- Millat Sardar Muhammad Ibrahim Khan was founded. He said had India not treacherously and illegally occupied one part of IOJK, the entire state of Jammu and Kashmir would have been free and joined Pakistan.

“Today we mark the Foundation Day of Azad Jammu and Kashmir. This day consecrates the heroic resolve of the people of the valiant people of Kashmir to raise the flag of liberty and self-determination high and to celebrate Kashmir’s eternal bonds with Pakistan.”