Pakistan Stock Exchange witnessed a volatile trading session on the last trading day of the week as equity Investors remained cautious ahead of Financial Action Task Force (FATF) announcement, which was due later on the day. On Friday, the benchmark kse-100 gained 66.98 points by the session’s closing to clock at 41,266 index level.

On Friday the kse-100 index oscillated between negative and positive territory, as market continued to speculate over upcoming FATF decision and reacted to the corporate earnings season. The sentiments continues to show some resilience, following the earnings announcement by several blue chip stocks including Pakistan Petroleum Limited, Cherat Cement, Pakistan Refinery Limited, , Nishat Power, Nestle, Engro Corporation. Among the best performing scrip was Habib Metropolitan Bank, which announced that the bank made profits of Rs. 8.5 billion during the nine months ended September 30, 2020, i.e. around 61% higher than the figures reported in the same period of last year.

But, investors also adopted a cautious trajectory during the day, and awaited for the announcement of the FATAF review -the virtual plenary of the FATF, which began on Wednesday , Oct 21st and continued till October 23rd. The session was supposed to take the final call on Pakistan’s continuation on its grey list after a thorough review of Pakistan’s performance in fulfilling the global commitments and standards in the fight against money laundering and terror financing. Investors were expecting Pakistan to avoid the black list and stay in grey list, since from a total of 27 FATF mandates given by anti-money laundering body, Pakistan has so for cleared 21.

Later on Friday, In a virtual press conference, FATF President Marcus Pleyer announced to keep Pakistan in the grey list until February 2021. In a statement issued after the plenary session concluded, the financial watchdog said: “To date, Pakistan has made progress across all action plan items and has now largely addressed 21 of the 27 action items. As all action plan deadlines have expired, the FATF strongly urges Pakistan to swiftly complete its full action plan by February 2021.” Pakistan has been on the FATF’s grey list since June 2018. The grey list comprises countries being monitored by the watchdog.

On a week-on-week basis, the benchmark index recorded an increase of 2.74%, while investor participation improved by 57% and average volumes stood at 466 million shares. The Top performing sectors were Automobiles which gained 7.3% WoW, followed by Fertilizers with an increase in value of 3.8% WoW and Cements with an increase of 3.3% WoW, however, Pharmaceuticals and Exploration &Productions lagged behind. 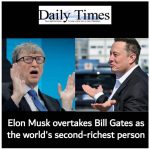 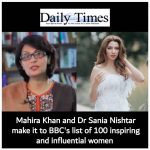 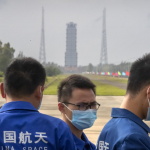 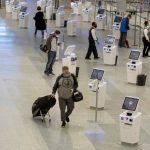