Esra shares another teaser of her upcoming show ‘Ramo’ 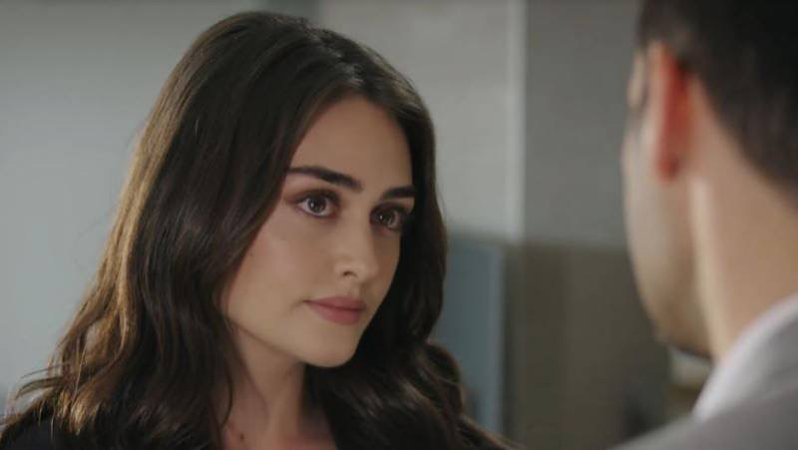 Fans of Turkish star Esra Bilgic were treated to a snippet from the actor’s latest serial Ramo on Thursday which is a stark contrast from the show that propelled her to superstardom in Pakistan.

Bilgic took to Instagram to share a teaser of the next episode of the show with her fans, many of whom were excited to see Bilgic in a completely different avatar than her role as Halime Sultan. Unlike Dirilis: Ertugrul, Ramo is set in the modern world and is a romantic drama that focuses on familial conflict and love.

Clearly, Bilgic’s Pakistani fans seem elated at the prospect of their favourite actor delivering more stellar performances as she did in Ertugrul. “Cok güzel from Pakistan,” wrote one fan.

One user also chimed in with, ‘Samaj tou kuch nahi aya par maza aya (I didn’t understand anything but enjoyed it regardless!)’ Talk about having a dedicated fanbase!

The Turkish phrase literally translates to ‘very beautiful’. Another inquired if it was available with English subtitles so they could also tune in.

One user also chimed in with, “Samaj tou kuch nahi aya par maza aya (I didn’t understand anything but enjoyed it regardless!)” Talk about having a dedicated fanbase!

Bilgic found sweeping success in Pakistan after Ertugrul was aired in the country at the behest of PM Imran Khan. The serial took the country by storm, instantly making stars out of the Turkish actors of the series. Bilgic has also since signed on as a brand ambassador for some Pakistani brands.