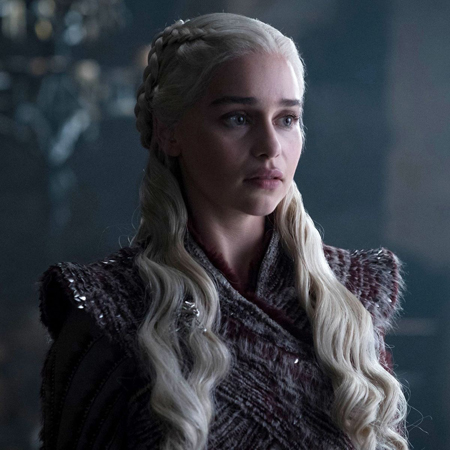 Fondly addressed as Khaleesi by her fans, Emilia Clarke celebrates her 34th birthday today. sssClarke shot to fame with her role as Daenerys Targaryen in HBO’s Game of Thrones. And while a large part of her career until recently was dedicated to the series, the actor has managed to sneak in a few movies which feature her in a completely different avatar.

Here are five films featuring Emilia Clarke that you can check out:

‘Me Before You’ — Starring Emilia Clarke and Sam Claflin, this 2016 romantic comedy was directed by Thea Sharrock. The film showed Clarke in a different light as this role was diametrically opposite to her role in Game of Thrones. In Me Before You, Clarke played Lou who has been appointed to take care of Will (Claflin), who is bound to a wheelchair. Her quirky personality is in sharp contrast to his rigid routine. The story follows them as they adapt to each other and fall in love.

‘Solo: A Star Wars Story’ — In Solo: A Star Wars Story, Emilia Clarke played Qi’ra, Han Solo’s childhood friend. Even though the film did not receive glowing reviews, Calrke’s part was praised by critics. She starred in this Star Wars movie alongside Alden Ehrenreich, Donald Glover, Woody Harrelson among others.

‘Last Christmas’ — Directed by Paul Feig, Clarke starred in this romantic comedy alongside Henry Goldling. In the film, Clarke works at a Christmas shop, but after a near-death experience, she has let go of hope in her life. Things start looking up after Goldling’s character inspires her to make better decisions and helps her in regaining her confidence. The film also featured Emma Thompson and Michelle Yeoh.

‘Above Suspicion’ — Above Suspicion featured Emilia Clarke and Jack Huston in the lead roles. Huston played an FBI agent who has an affair with his informant (Clarke). The affair goes awry, and Clarke’s Susan decides to pull all the stops to exact revenge. The film was completed in 2017 but could not see the light of day until 2020 due to distribution problems.

‘Terminator Genisys’ — Emilia Clarke played Sarah Connor in this reboot of the Terminator series. Arnold Schwarzenegger played the Terminator who has brought up Clarke’s Connor in an alternate reality. The film performed badly at the box office and received mixed reviews.