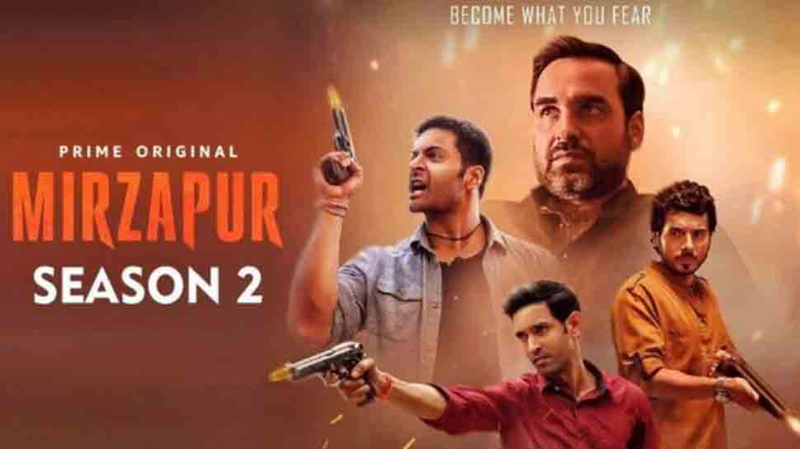 While the backbone of Mirzapur, economically speaking, is the carpet weaving and brassware industries — not to mention the illicit trade of country-made guns — the one other profession that will surely thrive in this small Uttar Pradesh city, will be that of therapists.

Clearly, the local population and the main protagonists of the show have had a lot on their minds since we last met them. Some noteworthy cast members had been killed off in the last season’s blood-soaked finale, leaving the audience and the residents of Mirzapur reeling. A session or two with a friendly therapist might just come in handy for the most part. Those sessions will go a long way in addressing the oh-so-dominant daddy issues that almost everyone in the cast seems to have in abundance; we will come to that later.

We see Guddu Pandit (Ali Fazal), Golu and Dimpy who are on the run, which is a tad difficult as Guddu has been shot in the knee, on the other hand, we see Akhandanand Tripathi aka Kaleen Bhaiya sitting on the bedside of injured Munna Bhaiya, the unhinged son, who had been shot five times in the back. And a game of cat and mouse ensues, though it takes a long convoluted way to figure out who’s the cat and who’s the mouse. The prize though remains the same, from last season — the reign of Mirzapur.

There are some new players in the fray: Sharad Shukla, son of Rati Shankar who was killed by Guddu Pandit last season; there are the Tyagis from Siwan, who deal in everything from stolen cars to liquor; and there are the new alliances where the CM of Uttar Pradesh is now on first-name basis with Kaleen Bhaiya. It’s exhausting to keep with the constant backstabbing, the constant hustle and backhanded deals that seem to fuel this desire for revenge, the recurring theme of season two. Everyone is out for something, and that single-minded pursuit seems to justify everything.