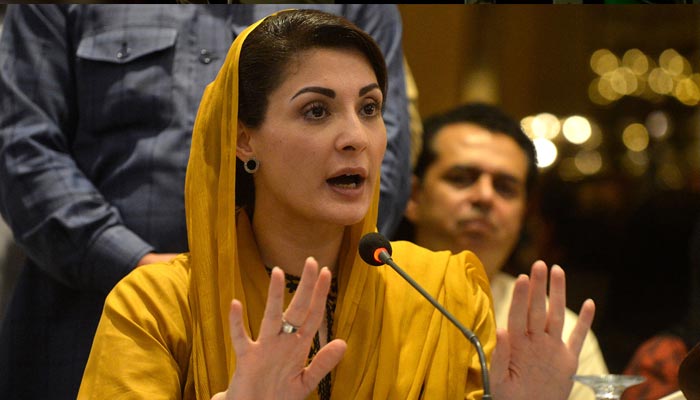 PML-N Vice-President Maryam Nawaz on Friday said that former prime minister Nawaz Sharif’s stance that there is a ‘state above the state’ in Pakistan has been proven true through the Karachi incident.

Referring to her husband Capt (r) Safdar’s arrest in Karachi early Monday morning, she said, “”What happened in Karachi has shown who is actually running the government,” Maryam said while speaking to media during her visit to a camp set up outside the Punjab Assembly by more than three dozen Baloch students, who have marched from Multan to the provincial capital for restoration of their scholarships and other academic demands.

“Imran Khan is not the government. He is simply a dummy occupying a seat and that dummy has been silent for three days. The Karachi incident has made it clear that Nawaz Sharif’s stance about Imran Khan being nothing more than a pawn is correct,” she claimed. When asked about the inquiry into the incident, she said that in her opinion there was no need for an inquiry as everything was already known. “There is plenty of video footage,” she said, adding that the provincial government is well aware of what has transpired. “If there is an inquiry, it should be transparent so that the nation knows everything and the report should be made public,” she added. She said that given the way in which the government appears to be scared and is “hiding in Bani Gala”, its tenure might be over even before January. “In a democratic set-up, a notice should be taken by the government or the judiciary, no one else. And neither should an appeal be made to others to take notice,” she added.

Speaking about the manner in which the arrest was carried out, Maryam reiterated her allegation that the police had barged into her room and violated her privacy.