* Says no ill-intent on part of President, PM 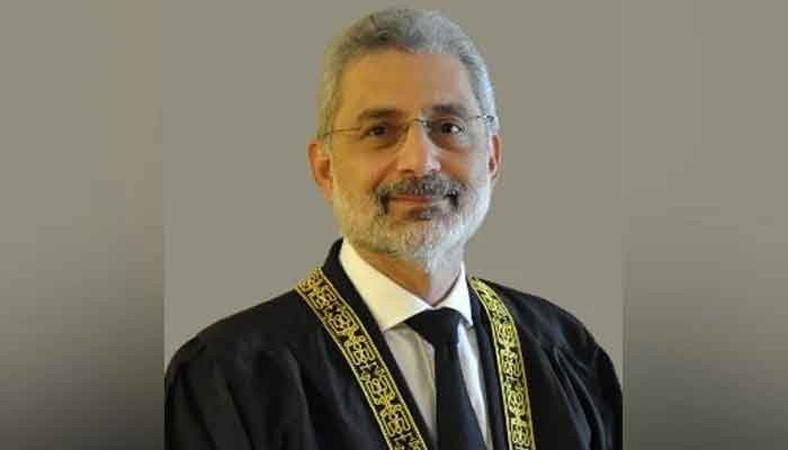 The judicial reference filed against Supreme Court Justice Qazi Faez Isa was filed in complete disregard of the law, the apex court noted in its detailed judgement issued on Friday.

The Supreme Court (SC) on June 19, dismissed the presidential reference against Justice Qazi Faez Isa after declaring it ‘invalid’.

An 11-page short order was released by the top court which nullified the presidential reference against Justice Isa, besides ordering Inland Revenue Commissioner to issue a notice to the judge’s family members including his wife and children within seven days to seek details of his properties.

“Justice is an article of faith in our religion, whether that may be against our kith and kin or against the rich or poor,” Justice Umar Ata Bandia wrote in opening remarks of the detailed judgement.

“However, justice is an abstract concept attainable only where the scales of justice are held by persons (the Judges) who balance these equitably without regard to their personal desires. Indeed, the latter is the duty of the Superior Judiciary by virtue of their Oath to dispense justice without any fear or favour, affection or ill-will (ref: Third Schedule to the Constitution, Oath for Judges of the Superior Courts).

“In fact, an impartial and independent judiciary is universally recognised as a core value of any civilised democracy. This is evidenced by the international conventions that protect this value as a fundamental right of the people (ref: United Nations Basic Principles on the Independence of Judiciary and The (Montreal) Universal Declaration on the Independence of Justice),” said teh judgement.