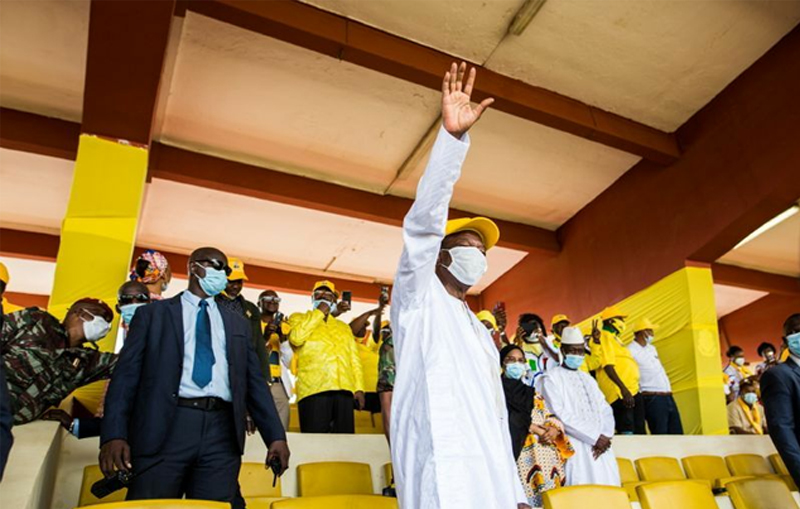 Guinea’s President Alpha Conde has won a landslide re-election victory, giving him a third term in office after official results from 37 of 38 voting districts showed him with double the votes of his nearest rival on Thursday evening. Conde, 82, has received 2.4 million votes so far, versus 1.26 million for opposition candidate, Cellou Dalein Diallo, following a bitterly fought election that has sparked deadly street violence. At least 13 people are reported to have been killed in skirmishes since Sunday’s polls, in which Diallo has claimed victory based on his campaign’s tallies. Conde’s decision to run for a third five-year term has sparked repeated protests over the past year, resulting in dozens of deaths. He says a constitutional referendum in March reset his two-term limit; his opponents say he is breaking the law by holding onto power.