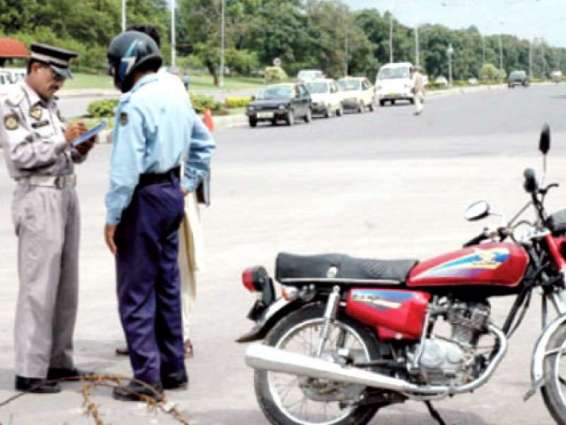 ISLAMABAD: The campaign of Islamabad Traffic Police (ITP) to check display of unauthorized or non-pattern number plates at vehicles or bikes is in full swing and police teams are imposing heavy fines over this particular violation. This campaign has been launched following directions of Inspector General of Police Islamabad Muhammad Aamir Zulfiqar and Senior Superintendent of Police (Traffic) Farrukh Rasheed is himself supervising it.

The purpose this campaign is to ensure high alert security, maintain law and order situation, ensure protection to the lives as well as property of citizens and avert any untoward incident. The SSP (Traffic) Farrukh Rasheed has urged the motorists and motorcyclists to display the number plates issued by Excise and Taxation Office and also keep with them their driving licenses and vehicles’ documents showing possession on their names or even authority letters.