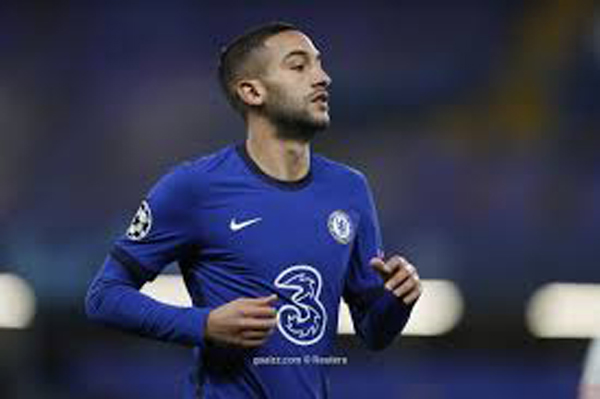 LONDON: Chelsea’s new signing Hakim Ziyech said the desire to play attractive football and win trophies prompted him to move to the London club. Ziyech joined Chelsea from Ajax Amsterdam in the close-season for a reported 40 million euros ($47.29 million) but the winger missed the start of the campaign through injury. The Morocco international, who made his debut in Chelsea’s draw with Southampton last weekend, said manager Frank Lampard’s style of play was a key factor in making the switch from Ajax, where won the league and cup double in the 2018-19 season. “We spoke on the phone and the way he (Lampard) was talking about the game of football was the most important thing for me at that time,” Ziyech told a news conference ahead of Saturday’s trip to rivals Manchester United. “For the things to achieve, I think it is clear that for everybody in the club it is winning trophies, to perform well and play beautiful football.” Ziyech is eager to strike an attacking partnership with winger Christian Pulisic and fellow new signings Kai Havertz and Timo Werner but conceded he still needs time to get up to speed.