‘Legally Blonde 3’ gets a release date 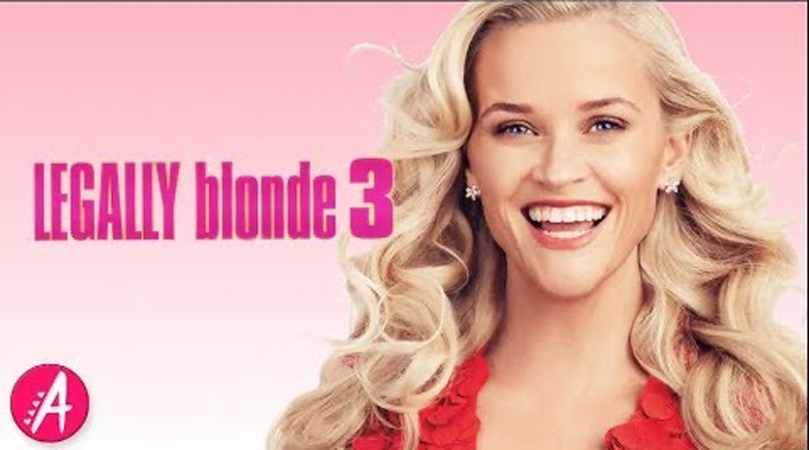 Elle Woods is officially heading back to the courtroom! On Oct. 20, MGM Studios tweeted that a third installment of Legally Blonde is officially in the works.

“Elle Woods is back!” read the tweet. “Legally Blonde 3 coming May 2022. We rest our case.” After 20 years, fans are still excited about the very pink Harvard-graduated lawyer, played by Reese Witherspoon and her band of quirky buddies.

The announcement came on the same day as the iconic cast’s nostalgic reunion. Reese, Luke Wilson, Selma Blair, Jennifer Coolidge, Ali Larter, Holland Taylor and more stars hopped on a Zoom call to recreate the forever useful “Bend and Snap” combination and discuss the legacy of the early ‘00s film.

“Of all the movies that I’ve made, there is one that comes up more than any other and that is Legally Blonde,” Reese said during the reunion. “And I think that’s because of Elle Woods. I think she just inspired people to believe in themselves. She just has a true sense of herself and she always wants to see the best in others.”

Reese added that her fearless character “inspired her to always keep an open mind and to be an advocate for myself and for other people in this world.”

All of the cast agreed that the film was equipped with an incredibly talented cast and script to make it a cult classic.

“Everyone from the actor to the UPS guy delivering a package, everyone was so perfect,” Selma noted . “Everyone created a really iconic snapshot what needed to be for this movie.”

Jessica Cauffiel noted, “The stars were aligned so perfectly. Reese, you really were the guiding light and you elevated us to place a focus, dedication and seriousness and commitment.” What, like it’s hard?