Robert Pattinson and Suki have discussed getting engaged 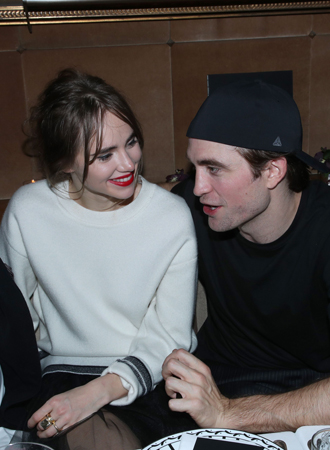 Are Robert Pattinson and Suki Waterhouse ready to take their relationship to the next level? Well… While the Twilight alum and the supermodel have been dating for two years now, E! News has learned that the couple isn’t in a hurry to get down the aisle. “Rob and Suki have definitely discussed getting engaged but are in no rush,” a source tells E! News. “Suki is not pressuring him and they are both very committed to each other.” Though they won’t be saying “I do” anytime soon, they are “still dating and going strong,” according to the insider. “They are a really good match,” the source shares with E! News. “They have both been spending time in the U.K. together during this last year and their relationship is stronger than ever.” Rob, 34, and Suki, 28, have been quarantining together amid the ongoing pandemic. In early September, it was revealed that the actor had tested positive for coronavirus while filming The Batman. Shortly after his recovery, Rob and Suki were spotted kissing while out in London. For the stroll through the park, the couple donned casual attire, both wearing athletic apparel and sneakers. “They love being low-key together and have very similar interests,” the source adds.