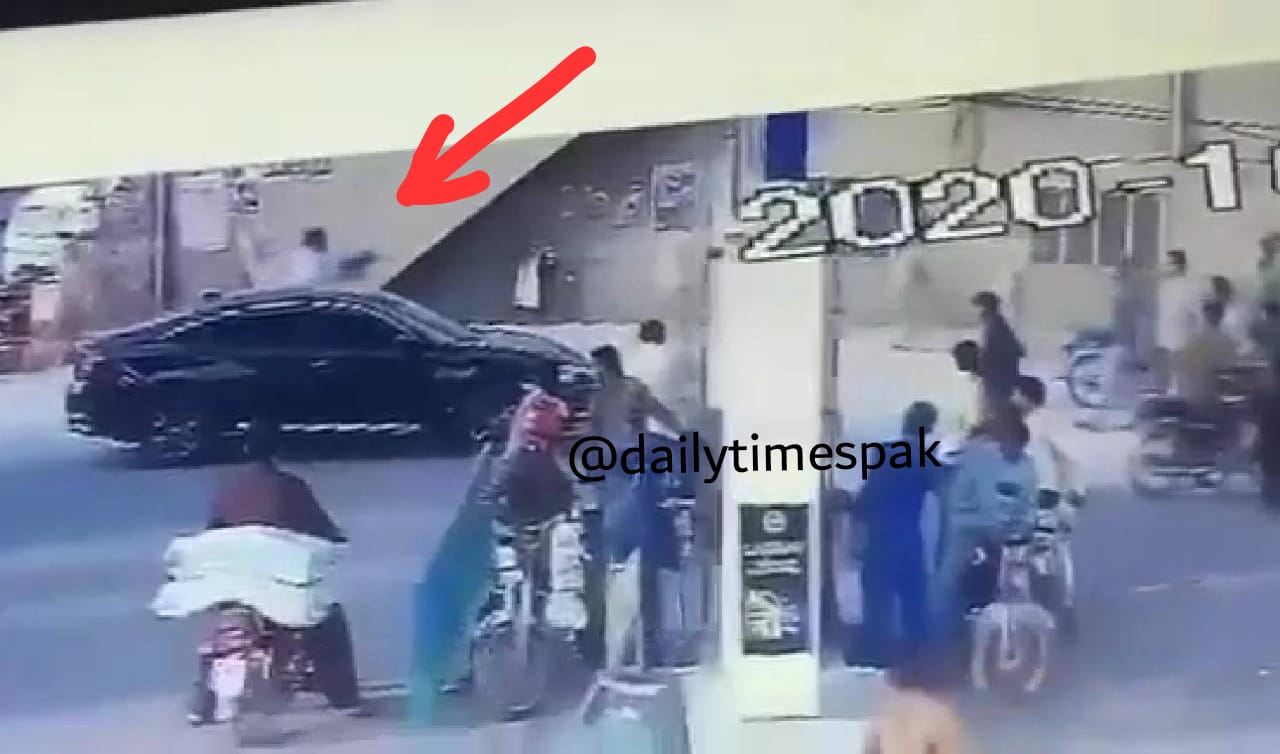 In cctv footage, Yahya Butt, who is also chairman UC34 and chief coordinator Youth Mobilization Committee, is clearly seen displaying weapon and intimidating people present at the petrol pump.
According to witnesses, former member municipal council Gujranwala Yahya Butt got into an argument with workers and owner of a local filling station on Nowshera road. After threatening the staff and owner, he went back to his car and grabbed AK47 which he used to intimidate people present at the station. Cctv footage shows that these allegations are true. Witnesses also claim that he shot a few aerial fire too. At this the pump owner called police. This infuriated him further and he claimed that police cannot harm him. He went as far as threatening the police team that reached the site, telling them to leave.
The pump owner and staff have demanded the district government to provide them security and take action against the accused.