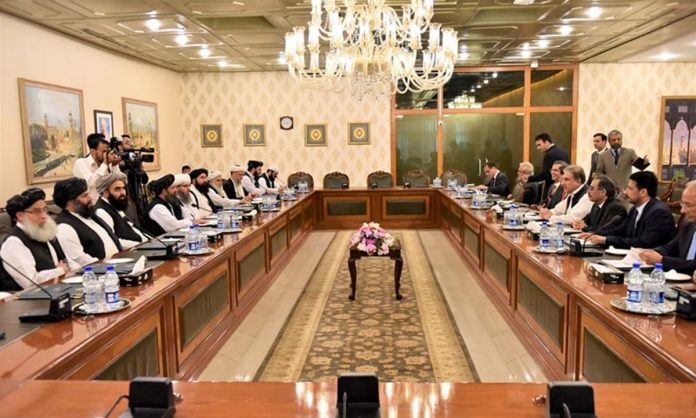 During its stay in Islamabad the Afghan Delegation besides meeting with the Speaker National Assembly Asad Qaiser, would also call on President of Islamic Republic of Pakistan Dr. Arif Alvi, Prime Minister of Pakistan Imran Khan, Chairman Senate Sadiq Sanjrani and Foreign Minister of Pakistan Shah Mehmood Qureshi. The delegation would also has an interactive meeting with the Members of Pakistan- Afghanistan Friendship group in National Assembly and senior government functionaries.

Inter-Parliamentary contacts, Bilateral Relations on trade, Regional Security issues, and enhancing cooperation between two countries would be deliberated upon during the meetings of the Afghan Parliamentary Delegation.

On the second leg of its visit, the delegation would participate in two days Seminar “Pakistan-Afghanistan Trade & Investment Forum 2020 –Partnership For Mutual Benefit” which will commence from 26th October in Islamabad.

Speaker National Assembly Asad Qaiser has regarded this visit of the Parliamentary delegation as harbinger of change as it will bring peace and stability in the region. He said that this visit would also open new avenues of Political and Parliamentary co-operation and co-ordination between two brotherly countries.