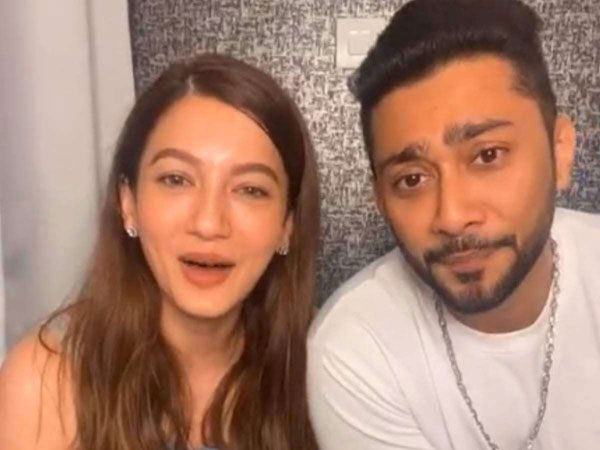 ‘Bigg Boss 7′ winner and a ‘toofani senior’ in the current season, model-actress Gauahar Khan is making heads turns with her strong personality.

Fans adore her and so do the inmates inside ‘Bigg Boss 14’ house. While Gauahar is on the show, a strong round of gossip doing the rounds outside is that she is tying the knot.

Yes! The stunner is dating music composer Ismail Darbar’s son Zaid Darbar and the two are allegedly a couple. However, Gauahar has not made it public yet.

After the buzz caught on, music composer Ismail Darbar in an interview with Times of India, reacted to the wedding reports. He said that Gauahar did meet the family and they really liked each other.

The seasoned music composer said, “Gauahar was with us for nearly 4 hours; we had a biryani dinner together. If the vibes are not good, I don’t think one can sit for more than 4 minutes with anybody in today’s times. My son Zaid has told me that they are serious about each other. I have absolutely no objection. As a father, I did tell him once that she is 5 years older to him and make sure that this is real love before you take the plunge into matrimony. My son seems sure. And from the time, Gauahar spent with us, I can assure you that she takes immense care of him. Besides, my wife Ayesha has a knack of knowing if a person is genuine after she talks to him/her; she has found Gauahar genuine.”

Ismail Darbar clarified that although they met the actress personally but the wedding was not discussed.

He added, “And yes, Gauahar also called me before entering the Bigg Boss 14 house and asked me to bless her. My blessings are always with her. She has even told me that she will be very happy if I could meet her mother.”

Ismail’s wife Ayesha too gave in her nod, saying, “Look, as Ismail said, we haven’t discussed any dates. But yes, if Zaid and Gauahar decide for tomorrow or after six months or even today, we are ready for whatever they want.”

Well, now after Gauahar Khan comes out of ‘Bigg Boss 14’ house, more details will be revealed.

We are waiting, Gau!