* Shibli says due to absence of extradition treaty with UK, Islamabad has sent a formal request to authorities through ambassador in London to initiate repatriation process of ex-PM
* Karachi incident reflective of opp attempt to create 'conflict' among institutions 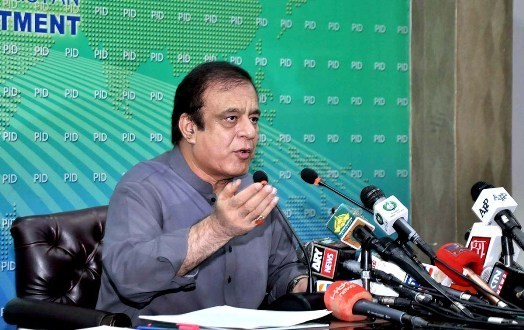 Addressing a news conference, he said since there is no extradition treaty with the United Kingdom that is why the government has formally requested the UK authorities through the Pakistani ambassador in London to initiate the repatriation process of Nawaz Sharif, who had been declared an absconder by the court. He said the past rulers deliberately refrained from signing an extradition treaty with certain countries, including the UK, keeping in mind the option to escape in future to those states where they have stashed the looted national wealth and built palatial houses.

Referring to the Pakistan Democratic Movement (PDM), Shibli Faraz said with the seating arrangements on stages during the public meetings, the PDM leaders seemed to be pursuing the modus operandi of ‘Banarsi Thugs’, who cheated the people with their opulent looks. The masses had knowledge about their financial status prior to joining politics as how once bike riders did manage to become owners of land cruisers, he added.

Shibli said on the one hand a sinister alliance of opposition has emerged as the PDM just to befool the people with their lies and concocted stories and on the other, Prime Minister Imran Khan is striving hard to mitigate the financial woes faced by the masses. He said the prime minister fully believes in addressing the issues of downtrodden segments of the society by taking pro-poor initiatives.

The minister said the government’s economic policies have started paying dividends as the country’s current account, exports, remittances and other economic indicators are on an upward trajectory. Despite the global recession in the wake of Covid-19, the situation in Pakistan has returned to normalcy due to the prudent policies adopted under the guidance of Prime Minister Imran Khan, he added.

Criticizing the PDM alliance, he said the opposition parties have united to evade accountability for their corruption and destabilize the country by creating anarchy and uncertainty. Their ‘misadventure’ has rather strengthened the resolve of prime minister to carry forward the accountability process till its logical end.

As regards PML-N leader Safdar Awan’s arrest, the minister said the opposition has damaged the country’s image internationally by politicizing the issue. They also tried to create division among the national institutions, he said. “The Indian media has been displaying the pictures of PDM leaders and giving full coverage to their anti-Pakistan narrative,” he added. They would be taken to ask for their anti-state activities, he maintained.

The minister said the masses would reject the ‘drama’ staged by the opposition leaders daily to detract the public attention from their corruption. They were in fact pursuing the anti-state agenda to serve their own vested interests, he alleged.

Referring to the unnatural alliance between the Pakistan People’s Party (PPP) and the PML-N, he reminded PPP Chairman Bilawal Bhutto Zardari that “objectionable pictures” of Shaheed Benazir Bhutto were dropped from helicopters across the country during the election campaign in early 90s by the PML-N leadership.

Shibli Faraz said the PPP government had politicized the Karachi Police by recruiting criminals in the force. He said it was ironic that Bilawal had defended Safadr Awan’s act of desecrating the sanctity of the Qauid’s Mausoleum at a press conference. He said both Bilawal and Maryam Nawaz had become leaders of their respective parties just by virtue of inheritance.

He said the opposition parties had been disgracing the women parliamentarians of Pakistan Tehreek-e-lnsaf and had not even spared the prime minister’s spouse, who was a house wife and had nothing to do with politics. When asked about the possibility of talks between the government and the opposition, he said a real opposition supported the government’s people-friendly legislation, but unfortunately the present opposition parties were only interested in discussing their leaders’ corruption cases, and for getting production orders of their jailed legislators.

The minister said the opposition parties while in government ruined the economy by taking artificial measures and looted the country for the decades, and were now trying to pose as well-wishers of the people. He said the opposition even did politics on the coronavirus pandemic and criticized the government for its COVID response and strategy, which was acknowledged worldwide. He cited the statement of the former US treasury secretary and renowned economist Lawrence Larry Summers, about Pakistan’s handling of the pandemic.

SAPM Shahzad Akbar in a letter wrote to Ms Patel on October 5 said, “Mr Sharif” has been responsible for pillaging the state and I trust that you will be supportive of our efforts to bring those responsible for corruption to account”. 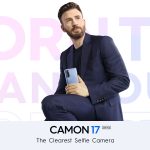 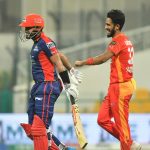