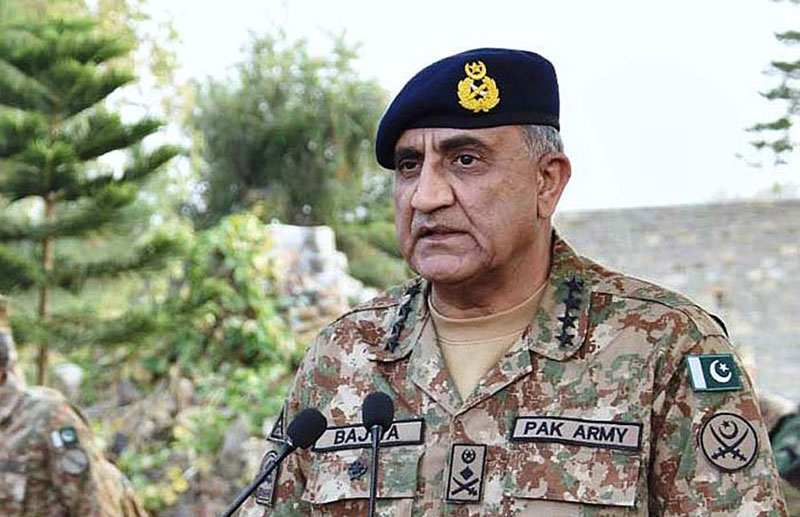 Army Chief Gen Qamar Javed Bajwa on Wednesday visited the forward areas at Chamb sector along the Line of Control (LoC) in Azad Jammu and Kashmir, where he praised the operational preparedness of troops.

During the visit, the chief of army staff was briefed on the latest operational situation including Indian ceasefire violations “deliberately targeting local residents” living near the LoC, the military’s media wing said on Twitter.

In his interaction with officers and troops, Gen Bajwa “appreciated them for continued vigil and remarkable operational preparedness”.

According to the Inter-Services Public Relations, the COAS stressed upon the troops to extend all-out support to the local population affected by unprovoked ceasefire violations by India. “Remain steadfast [and] discharge your duties with utmost sincerity and devotion,” he was quoted as telling the soldiers.