* Beijing says since its launch, CPEC has seen tangible outcomes in areas like energy, transportation infrastructure and ports 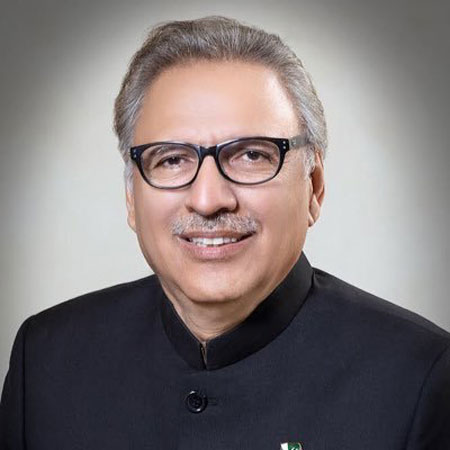 China on Wednesday lauded President Dr. Arif Alvi’s remarks about the China Pakistan Economic Corridor (CPEC) and terming it as a visionary pilot project of Belt and Road Initiative (BRI) which not only served to promote socio economic development of Pakistan and China but also aimed to enhance regional connectivity and shared prosperity.

“We have noted these reports and we commend President Alvi’s comments on the CPEC,” Chinese Foreign Ministry’s Spokesperson, Zhao Lijian said during his regular briefing held here.

“As President Dr Arif Alvi said the visionary CPEC as important pilot project of the BRI not only serves to promote China and Pakistan’s socio economic development but also aims to enhance regional connectivity and share prosperity,” he said, adding that since its launch tangible outcomes in areas like energy, transportation infrastructure and ports had been achieved making concrete contributions to Pakistan’s national development.

Zhao Lijian remarked that both Pakistan and China supported exploring possibility of opening the corridor to third parties based on consensus through consultation.

“If we look at Gwadar port as an example nearly 20,000 tonnes of commodities such as wheat, sugar and fertilizers have been transferred through the port to Afghanistan creating almost a 1000 temporary jobs,” he added.

He said that China firmly supported the development of CPEC and stood ready to work with Pakistan to fully implement the consensus reached between the two leaders, focus on cooperation, social development, livelihood, industry and agriculture while advancing current projects to turn CPEC into a demonstration programme for high quality development of the BRI and bring more benefits to the two peoples.

In an interview, President Alvi had said that he was optimistic about the future of Pakistan. As a result of CPEC projects, Pakistan was going to emerge as international geo strategic Economic hub.

In a response to a question, he contradicted remarks of the US Secretary of State about influence of China’s infrastructure deals from Laos to Montenegro to Pakistan.

He said that for some US politicians, attacking China was a check-list they need to do every day. “This is so true for Pompeo.”

Zhao Lijian said that China’s relationship with Laos, Pakistan and Montenegro was a traditional friendship and the US Secretary of State Pompeo did not need to waste his breath on sowing discord between us.

Separately, the Chinese People’s Liberation Army (PLA) soldier, who went missing while helping local herdsmen find the lost yak near the China-India border on Sunday, has been returned to the Chinese border troops by the Indian army early Wednesday morning, according to a statement of PLA.

The move came after China’s foreign ministry on Tuesday urged India to honor its commitment to return the soldier.

Chinese Foreign Ministry Spokesperson Zhao Lijian has said at a press briefing on Tuesday that China hopes India hands over the soldier as soon as possible and works with China to promote the implementation of the consensus reached at the 7th round of talks.

While commenting on the latest development, Qian Feng, director of the research department at the National Strategy Institute at Tsinghua University said, it will take a long time to develop mutual trust between China and India.

The moves by India show they are trying to increase bargaining power and initiative in talks through tricks of being tougher, he told Global Times.

China is capable of responding to India’s moves in the diplomatic, military, economic, security and other fields.

But China is always committed to resolving the issue through talks, and hopes that India will work with China to the same goal, Qian said.

We hope that India will implement the consensus reached by senior officials of the two countries, and avoid escalating conflicts China remains unchanged on that, Qian said.