Speaker National Assembly Asad Qaiser has termed the Afghan peace process culmination of an era of peace and prosperity in Afghanistan and the region. 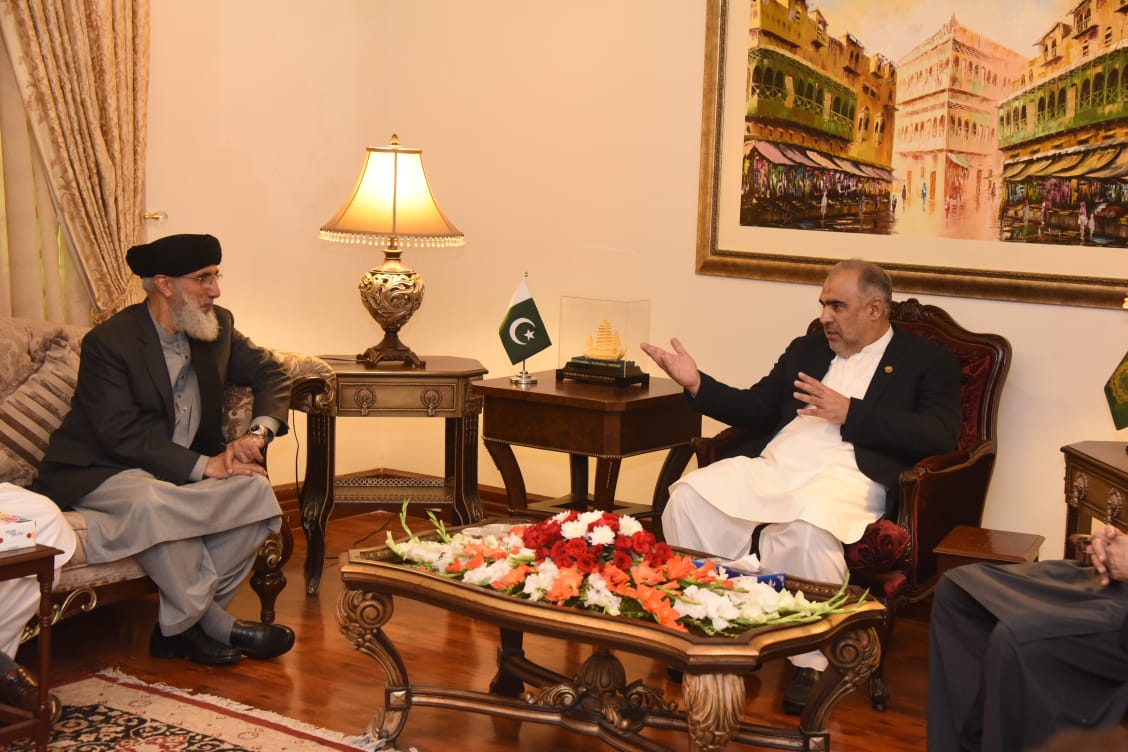 He said Pakistan fully supports Afghan led and Afghan owned peace process. He said this in a conversation with Afghan Hizb e Islami Leader Engineer Gulbadeen Hikmatyar who called on Speaker in Islamabad, this evening.

During the meeting, Pak-Afghan relations and the political, economic situation in the region and issues of mutual interest were discussed. The Speaker said that Pakistan wants to see a peaceful, prosperous and stable Afghanistan. He said that people across the Pakistan and Afghanistan borders were bound in everlasting ties of religion, brotherhood, history and culture. He said that peaceful Afghanistan is essential for the development and prosperity of the region.

Referring to the initiatives by the Parliament and the Executive, the Speaker Asad Qaiser said that Pakistan had opened borders for their Afghan brethren during COVID-19 apart from removing tariff barriers and impediments in Afghan bilateral and transit trade. He also said that Afghan brethren would also benefit from the visa facilitation for visitors, students specially patients.

Hizb e Islami Leader Engineer Gulbadeen Hikmatyar said that Pakistan’s efforts for peace in Afghanistan are commendable. He said that Afghan nation is grateful to Pakistan for its long-term hospitality of Afghan refugees. He said that the involvement of all parties is essential for lasting peace in Afghanistan. He said that Nations on both sides of the border have close affinities. He appreciated Speaker Asad Qaiser for this initiatives for brining the political leadership and people of both the countries more closer.