The market witnessed robust ascension right after the opening bell, as investors digested positive financial results of the companies. Among the major companies, International Steel Limited (ISL) revealed a substantial growth of 60.7% to stand at Rs 559 million (EPS: Rs 1.29) during 1QFY21 against net profits of Rs 347 million (EPS: Rs 0.80) of the same period last year. While, Attock Petroleum Limited also witnessed a 21% YoY increase in net profits for 1QFY21 ended on September 30th, 2020, to Rs 1.485 billion against the net profits of Rs 1.225 billion reported in the same period last year. Moreover, Meezan Bank also announced solid unconsolidated earnings, and revealed that the Earning per share stood at 4.53 with Rs 4 cash dividend, which led the stock rally by Rs 5.20 during the session.

The market also assuaged political concerns despite Pakistan Democratic Movement (PDM), a coalition of nearly dozens of political parties continued to ramp up pressure on the federal government. However, Analysts believe, investors will closely follow upcoming Financial Action Task Force (FATF) review which will drive the pace of the future course of market trend. The virtual plenary of the FATF, is set to be held on October 21-23, which will take the final call on Pakistan’s continuation on its grey list after a thorough review of Pakistan’s performance in fulfilling the global commitments and standards in the fight against money laundering and terror financing. Investors are expecting Pakistan to avoid the black list and stay in grey list, since out a total of 27 action plan obligations given by anti-money laundering body, Pakistan has so for cleared 21. However, raising optimism, earlier this month, Pakistan’sForeign Minister Shah MehmoodQureshi said, Pakistan would participate in the virtual meeting on the FATF to be held in Paris, and hoped that Pakistan would be on the white list of the FATF soon. Qureshi also mentioned that America and some other countries would support Pakistan on FATF. 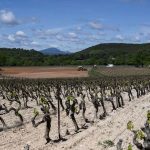 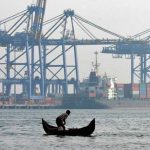 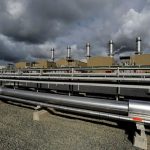