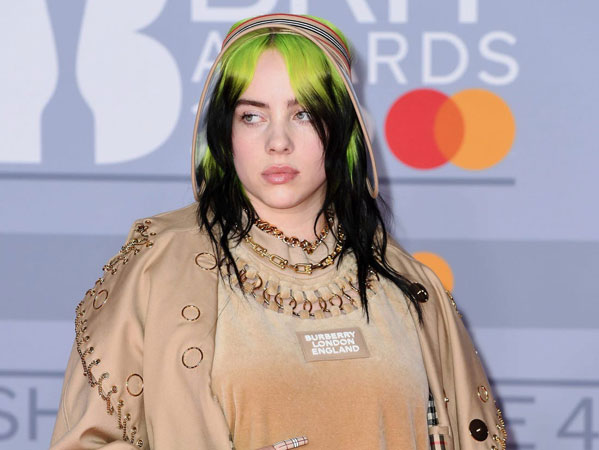 Five years after “The Dress” made everyone question their reality, Billie Eilish is here to melt your brain once again.

This time, it’s not a dress that is getting the internet talking, but a pair of shoes the “No Time to Die” singer swears is a certain color.

On her Oct. 17 Instagram Story, Billie showed off a pair of Nike Air sneakers. She joked that her dad claimed the sneakers were “pink and white,” when they obviously were not. The only problem? To many fans, the sneakers do look pink and white… which apparently blew Billie’s mind.

“Not you guys saying they’re pink and white too,” Billie captioned a video of her shocked face.

The Grammy winner has proof that the sneakers aren’t really pink and white. She showed an image from the internet of the shoes, and it’s clear that they’re actually mint and white.

“I don’t know what happened to you in your f—king childhoods,” Billie joked in her story, “but pink and white?!?”

In addition to the 18-year-old disagreeing with fans on the true color of her Nike Airs, she also has a controversial opinion on “The Dress.” The 2015 meme blew everyone’s mind because no one was sure whether the dress was blue and black, or white and gold.

“I cannot stress it enough,” Billie declared in her Instagram Story, “it is blue and gold.”

Billie then proved her theory by digitally grabbing the colors from the photo, which revealed the dress was blue and gold.

“I seriously don’t give a f–k if it actually was a certain color,” she said. “In that picture, it’s blue and gold.”

Of course, the same could be said for her sneakers—but clearly, when it comes to color theory, there’s no denying Billie’s truth!