Zidane not thinking about Clasico as Real prepare for Shakhtar test 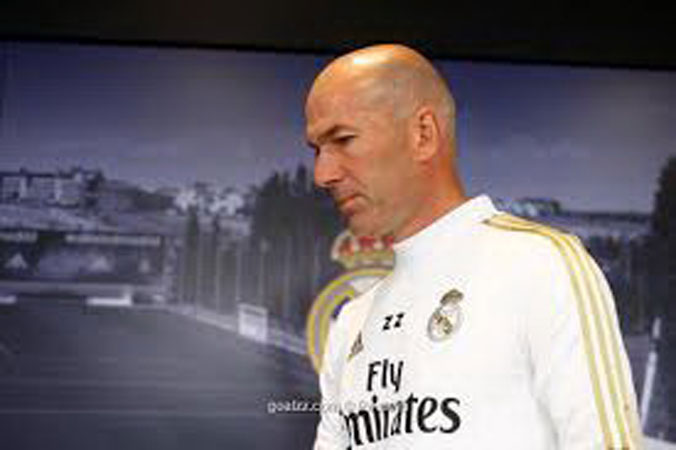 MADRID: Real Madrid are fully focussed on Wednesday’s Champions League match against Ukrainian side Shakhtar Donetsk and will not make drastic changes to the line-up even though they face rivals Barcelona in La Liga this weekend, coach Zinedine Zidane said. Shakhtar have arrived in Spain without several first-team players who were not fully fit after going into isolation following positive COVID-19 tests. But Zidane said his players cannot afford to be complacent as they begin their pursuit of a 14th Champions League crown. “The other matches will then come, but the only game we’re preparing for right now is tomorrow’s,” Zidane told a news conference on Tuesday.

“I know that many Shakhtar Donetsk (players) cannot play but they’re still competitive and have a deep squad. “We want to start this competition well, we know what we want to achieve but there are lots of teams who want to win the Champions League.” Real were well below par in Saturday’s shock 1-0 La Liga defeat by newly-promoted Cadiz, mustering just two shots on target despite dominating ball possession. Zidane said the players deserved criticism that came their way but they will have opportunities to redeem themselves in a busy campaign.

“Now it’s our opportunity to turn the tide, turn that corner and hopefully you’ll see a different Real Madrid,” Zidane added. Real captain Sergio Ramos sustained a knee injury against Cadiz and was absent from Tuesday’s training session. With the first ‘El Clasico’ of the season against Barcelona scheduled for Saturday, Zidane plans to assess the Spanish centre back’s fitness ahead of kick off on Wednesday. “He didn’t train with us this morning because we didn’t want to risk him,” Zidane said. “He’s got a knock, we have to wait and see how he feels.”