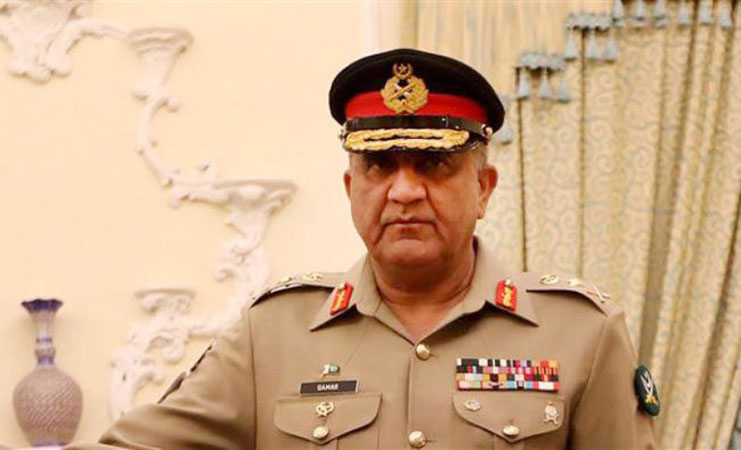 Chief of Army Staff Gen Qamar Javed Bajwa on Tuesday ordered an inquiry into the recent ‘Karachi incident’, a statement by the military’s media wing said on Tuesday.

According to Inter-Services Public Relations, “Gen Bajwa has directed Commander Karachi Corps to immediately inquire in to the circumstances to determine the facts and report back as soon as possible.”

“Whatever happened to Maryam Sharif and Captain Safdar sahab is extremely shameful,” said the PPP chairman, as he addressed a news conference. “I am ashamed and cannot show my face at how this happened in my province. How can such a politically weak case involving sloganeering at the Mazar-e-Quaid can stir up such a storm,” said Bilawal.

Holding the prime minister responsible for dual standards, Bilawal said that PM Imran Khan and workers of the PTI had also resorted to sloganeering at the Quaid’s mausoleum in the past. He said that “even banned militant outfits and their participants” have visited the Mazar-e-Quaid and chanted their slogans. “Did anyone even dare to register an FIR against them,” he asked.

Bilawal said that he wanted the Sindh Police “to function independently”. “We don’t want political interference in our police but that also doesn’t mean we will tolerate interference from anywhere else,” he said. “Where was our IG taken at 4:00 am in the morning, who were those people?” he asked.

Later on, a statement by the Media Cell Bilawal House said that Gen Bajwa and Bilawal spoke on the telephone ‘to discuss the Karachi incident’. According to the statement, the PPP chairman ‘expressed his appreciation’ to the army chief ‘for taking prompt notice of the Karachi incident and his assurance of conducting a transparent inquiry on the incident’.

Controversy had already been brewing over the circumstances surrounding Captain Safdar’s arrest, with PML-N representatives claiming that the police had been put under pressure to pick him up. Representatives of the Sindh government had publicly distanced themselves from the arrest and condemned it, saying that while Captain Safdar raising slogans at the Quaid-e-Azam’s Mazar was not condonable, the arrest had been made without its knowledge.

After a turn of events that put the provincial government under much public scrutiny, Chief Minister Sindh Murad Ali Shah on Tuesday announced that a ministerial committee will be formed to probe the circumstances surrounding the arrest of retired Safdar from a hotel in Karachi a day earlier. “We are forming a ministerial committee to probe the incident. The names have not been finalised but there will be three to five ministers [in the committee],” said Shah, while addressing a media conference at the Chief Minister House.

CM Shah, while speaking of the events in the lead up to the arrest, said there was ‘a minister’ who was giving the police ‘ultimatums’. “I will see how a case is not registered,” said the chief minister quoting the minister, but declining to name him.

He said while it is not a crime to be present within a police station, ‘it is a crime to register a false case’. He accused that ‘minister’ of being part of the ‘lies’ that surround the ‘false case’ against Capt Safdar. He said that the inclusion of 506 (b) (punishment for criminal intimidation if threat be to cause death or grievous hurt) was done purposely because when such a case is brought to the police, it is duty bound to register such a case.

Shah said that on two occasions prior to that, PTI ministers went to the police attempting to register a case after which even the Mazar’s board approached police with the PTI ministers accompanying them in a third instance. They were told by police a summary trial like the one sought falls under the jurisdiction of the magistrate and it is not up to the police to register a case. The chief minister said that the man named Waqas – who is the complainant in the case – told police that he was threatened. CM Shah said that to the contrary, it is ‘clear’ that this was planned. “If he was a private person, we would stop to think. But they were standing right next to him [at the police station],” said CM Shah, adding that they were happily posing for photographs while they were at it.