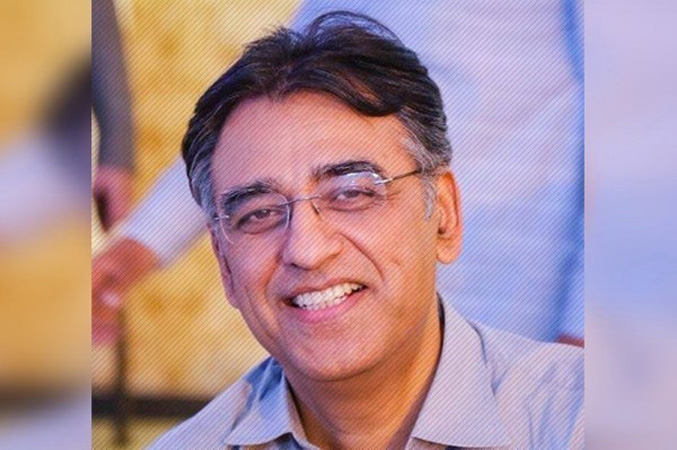 Minister for Planning, Development, and Special Initiatives Asad Umar Tuesday said that last week, the country witnessed surge in daily mortality rate by about 140 percent compared to the previous few weeks, and on average as many as 12 people died of Covid-19 during the last week.

“We are collectively committing a blunder by recklessly ignoring all Standard Operating Procedures (SOPs) and the results have started to show,” he said in a tweet. The minister, who also chairs meeting of National Command and Operation Center (NCOC) for coronavirus, warned that it the people do not follow the precautionary measures, the situation could again become worst. “If we do not change our current path we will lose both lives and livelihoods,” he warned.

Meanwhile, the total active COVID-19 cases in Pakistan on Tuesday were recorded 9,461 as 625 more people tested positive for the deadly virus during the last 24 hours. As many as 14 corona patients, 12 of whom were under treatment in hospital and two out of hospital died on Monday, according to the latest update issued by the National command and Operation Centre (NCOC).

No Covid-affected person was on ventilator in Azad Jammu and Kashmir (AJK) and Balochistan, while 80 ventilators elsewhere in Pakistan, out of 1,884 allocated for Covid-19 patients, were occupied. Some 26,211 tests were conducted across the country on Monday, including 8,182 in Sindh, 8,623 in Punjab, 3,938 in Khyber Pakhtunkhwa (KP), 3,697 in Islamabad Capital Territory (ICT), 922 in Balochistan, 428 in Gilgit Baltistan (GB), and 421 in Azad Jammu and Kashmir (AJK).

A total of 4,122,069 corona tests have been conducted so far, while 735 hospitals are equipped with COVID facilities. Some 805 corona patients were admitted in hospitals across the country.

Separately, as many as 8623 were tested during the last 24 hours in Punjab and 108 cases were reported, while 12 patients died during this period. This was stated by Chief Minister Punjab Sardar Usman Buzdar in a statement issued here on Tuesday.