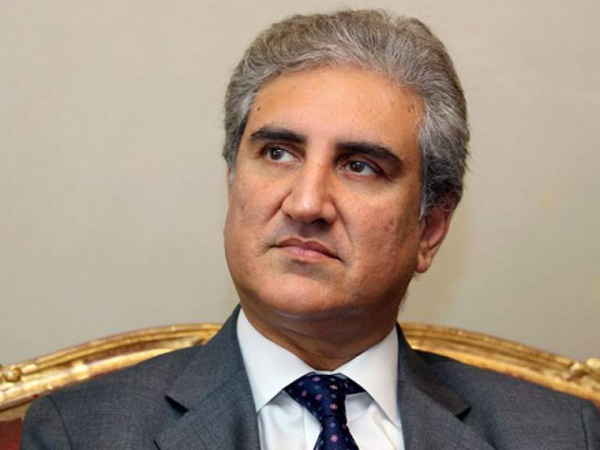 Foreign Minister Shah Mehmood Qureshi on Tuesday said the government is seriously considering to take up with international human rights organizations the issue of mysterious murder of 11 Pakistani Hindu nationals in Jodhpur, India.

Speaking at the floor of the Senate, the foreign minister said the issue would also be raised at all forums besides in parliament and through Pakistan’s key missions abroad.

Qureshi informed the House that a writ petition in this regard had also been filed in the Islamabad High Court. He was responding to a calling attention notice by Jamaat-e-Islami’s Mushtaq Ahmed.

He said Pakistan had repeatedly demanded India to share the details of investigation into the incident that took place in September and also the copy of First Information Report (FIR) by the Jodhpur police. Since the killed persons were Pakistani nationals, he said, an FIR had also been registered within the country. He pointed out that there was no update regarding autopsy of the bodies as demanded by a member of the family.

The Foreign Minister said “according to our information, an attempt was made to use this family for spying as the narrative of secular India had been badly tarnished”. He mentioned that a resolution was passed during the two-day protest by the Indian community in Pakistan, which was supported by thousands of protesters.

He said the 11 members of Hindu community belonged to Bheel tribe and were residents of Sanghar district. In 2012, he said, the unfortunate family went to India for with the purpose of settlement after being lured for incentives. He said immediately after the incident came to light, the Ministry of External Affairs, through Pakistan’s High Commission in India was handed over a note verbale, seeking answers to queries regarding the killing. He mentioned that a demand of including a representative of Pakistan High Commission in the autopsy team was also made.

The silence of India, he said, provoked the Hindu community in Pakistan where thousands of people from Khyber Pakhtunkhwa and especially Sindh staged a two-day protest in front of the Indian High Commission in Islamabad, as organized by the Hindu Council.

He recalled that Pakistan sent another note verbale on August 18, in which consular access was demanded.

Also, the Foreign Minister said Pakistan was concerned about the manner in which those responsible for the demolition of Babri Mosque were acquitted one after the other by Indian courts. On halt of work of Amnesty International in India, he said the human rights watchdog itself had stated that the reason was the way it had been exposing human rights violations in Indian Illegally Occupied Jammu and Kashmir. He also agreed to the notion of Financial Action Task Force (FATF) being used for political purposes and the role of India against Pakistan in this regard.

Meanwhile, Pakistan has rejected India’s “false narrative” to equate the Kashmiris’ struggle for the right of self-determination with terrorism, saying the indigenous resistance in occupied Kashmir stemmed from the denial of that “inalienable right” to the oppressed people.

He was reacting to a statement by an Indian representative who claimed that Jammu and Kashmir was an integral part of India and that the principle of self-determination was no justification for undermining a member state’s territorial integrity.

Exercising his right of reply, Chaudhary, a counsellor at the Pakistan Mission to the UN, pointed out that there was “massive resistance” to India’s rule in the Indian occupied Kashmir. The Kashmiri people remained resolute in their claim for the UN-pledged right of self-determination, despite being subjected to massacre, rape, torture, mass blinding and forced disappearances, the Pakistani delegate said. Referring to India’s attempt to alter the demographics in the colonized territory, he said that India now aims to snatch the cultural identity and land of the indigenous people of Jammu and Kashmir.