NAB committed to root out corruption from country: chairman 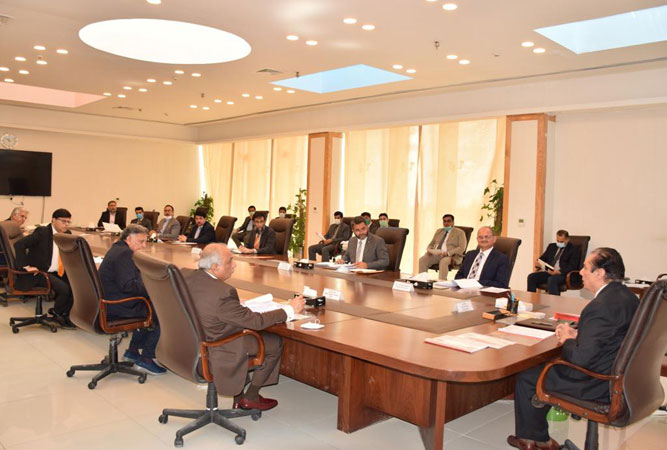 Chairman National Accountability Bureau (NAB) Justice (r) Javed Iqbal has said that the watchdog is determined to root out corruption with renewed vigour and determination.

Chairing a meeting to review the overall performance of NAB, he expressed satisfaction of the performance of operation and prosecution divisions and all regional bureaus and directed them to pursue the under trial cases after complete preparation in the basis of solid evidence as per law.

The meeting was told that the prosecution division has been revamped after including experiences law officers and special prosecutors. Due to these measures the conviction ratio of NAB is about 68.8 percent which is the best as comparing to other such institutions. NAB has so far recovered Rs 466 billion since inception and deposited amount recovered from corrupt elements in the national exchequer.

NAB is an apex anti-corruption national institution having no affiliation with any individual, group or party but with the state. NAB has received more complaints as comparing to 2019. Which shows that people’s trust has increased on NAB. As per Gilani and Gallop survey 59 percent people have expressed their confidence over NAB.

elimination. NAB is the first chairman of SAARC Anti-Corruption Forum. NAB is the only institution which had signed a MoU which China for supervision of CPEC projects.

NAB has introduced Combined Investigation Team for transparency and increasing the standard of investigations. Chairman NAB has directed all regional bureaus of NAB to ensure conduct of complaint verification, inquiries and investigations professional and on merit as per law.

Meanwhile, the National Accountability Bureau (NAB) has clarified media reports and said that NAB has not closed any inquiry in Saaf Pani Company case against former Chief Minister Shahbaz. NAB has been filed corruption references in the respected accountability courts after getting concrete evidence and in light of authentic documents. The corruption references are under trial in various accountability courts. NAB has asked the persons allegedly trying to influence the merits of cases should avoid speculations regarding the ongoing cases under process and wait the decision of courts which is as per according to law.