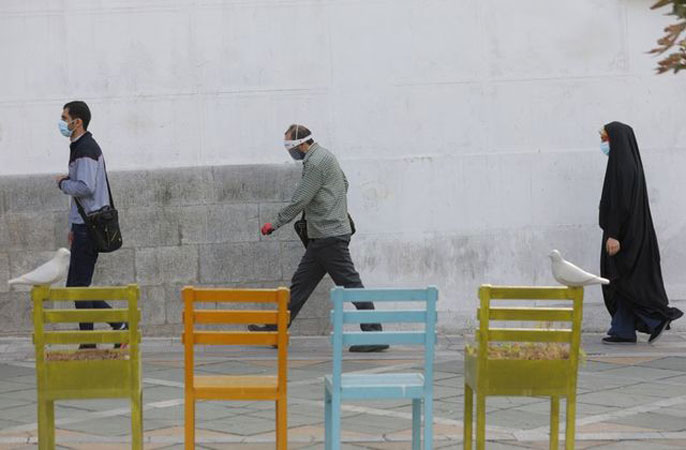 Iran’s health minister appealed on Tuesday for more public and government support to enforce restrictions aimed at stemming a third major outbreak of coronavirus infections as new cases set a daily record of 5,039. “Everyone should know that I, as health minister, cannot bring this epidemic situation under control alone, and a lot more (help) is required,” Saeed Namaki said in remarks quoted by the semi-official news agency ISNA. “It was announced that anyone without a mask would be fined, but I saw…that 40% of the people on the bus did not wear masks. Can an infection be controlled in this way?” Namaki said. Mask-wearing became mandatory in public in Tehran, capital of the country hardest hit by COVID-19 in the Middle East, on Oct. 10 and officials said violators would be fined. “At the (coronavirus) taskforce, we demanded that anyone who did not wear a mask be fined, but…how many have been fined? We said close roads, but how many have they closed?” Namaki said, accusing government bodies of a lack of cooperation.