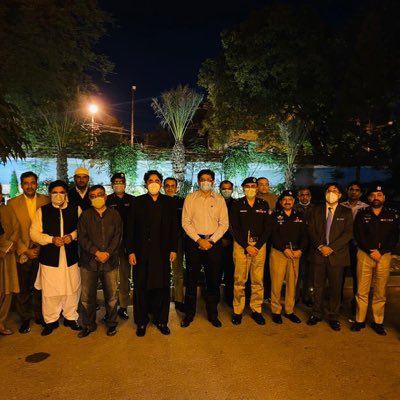 According to a statement issued by the Inter-Services Public Relations (ISPR), the COAS directed the Corps Commander Karachi to investigate the incident and determine the facts and report back as soon as possible.

Meanwhile, Addressing a press conference in Karachi on Tuesday, the PPP chairman said that he is ashamed of what happened with Pakistan Muslim League-Nawaz (PML-N) leader Captain (r) Muhammad Safdar.

He said that whatever happened to Maryam Nawaz and Captain (r) Safdar is extremely shameful.

The PPP chairman said that Sindh Chief Minister Syed Murad Ali Shah has ordered an investigation into the incident, adding that red lines have been crossed in yesterday’s incident.

He demanded to know the identities of “the two people who went inside the IG’s house” and where they allegedly took him.