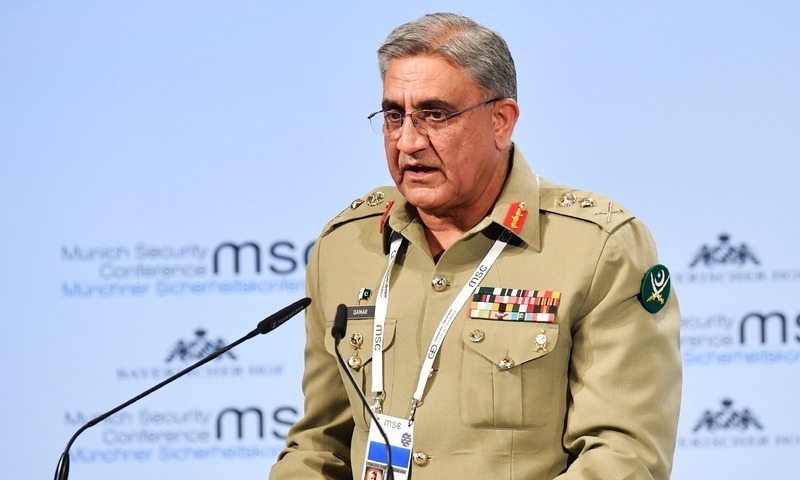 Army Chief Gen Qamar Javed Bajwa has taken notice of and ordered an immediate inquiry into the “Karachi incident”, the military’s media wing said on Tuesday.

According to Inter-Services Public Relations: “[Gen Bajwa] has directed Commander Karachi Corps to immediately inquire in to the circumstances to determine the facts and report back as soon as possible.”

Safdar, who was in Karachi along with his wife Maryam Nawaz to attend the Pakistan Democratic Movement’s (PDM) rally, had allegedly chanted slogans at the mausoleum of Quaid-i-Azam Muhammad Ali Jinnah when he paid a visit to the place on Sunday along with other party leaders ahead of the rally.

“Taking notice of Karachi incident, the COAS has directed Karachi Corps Commander to immediately inquire into the circumstances to determine the facts and report back as soon as possible,” a statement issued by the Inter-Services Public Relations (ISPR) said.

Bilawal said that interference in police matters was intolerable, adding that he had “condemned it in the strongest words.”

Later on, a statement by the Media Cell Bilawal House said that Gen Bajwa and Bilawal spoke on the telephone “to discuss the Karachi incident”.

According to the statement, the PPP chairman “expressed his appreciation” to the army chief “for taking prompt notice of the Karachi incident and his assurance of conducting a transparent inquiry on the incident”.