Exclusion of Parliament from the Purview of RTI law is Unacceptable

The Coalition on Right to information (CRTI) has strongly rejected the Right of Access to Information (Amendment) Bill, 2020, which has been moved as a private member bill in the Senate of Pakistan. 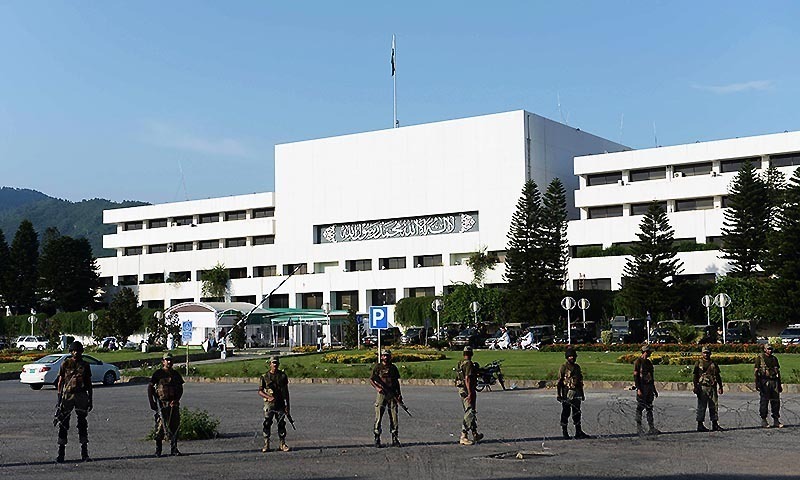 The said amendment bill, if enacted by the Parliament, will limit the scope of the right to information law by excluding Parliament from the definition of public bodies, which are bound to provide information to citizens. CRTI condemns this move for being malafide unconstitutional and against the interests of people of Pakistan.All the CRTI members represented by the Mukhtar Ahmad Ali, Executive Director CPDI, Mr. Aftab Alam, ED of Institute for Research, Advocacy and Development (IRADA),Ms. Sadaf Khan, Director Program Media Matters for Democracy,Anwar CGPA, Muhammad Anwar, ED of Centre for Governance and Public Accountability (CGPA) jointly stated that, The Right of Access to Information Act, 2017 provides detailed mechanism for implementation of citizens’ right to information in relation to the public bodies of the Federal Government. It is already a weak law as compared to similar laws in the provinces in Pakistan (i.e. Punjab, Khyber Pakhtunkhwa and Sindh) and many other countries around the world (e.g. India).Recently, five (5) senators have moved a private member bill to further weaken the Right of Access to Information Act 2017.

The Bill seeks to omit clause (c) of Section 2(ix) of the Act, which would exclude Parliament (both Senate and the National Assembly) from the purview of the Act.

This means that citizens would not be able to seek information from the secretariats of the Senate and National Assembly.The proposed amendment is in blatant violation of Pakistan’s international commitments, Article 19A of the Constitution and the inherent democratic right of citizens to hold their representatives and the government accountable.

Article 19A of the Constitution does not envisage total exclusion of any institution from the purview of citizens’ right to information. It only talks about ‘reasonable restrictions’ but the proposed amendment does not quality as a ‘reasonable restriction’ by any stretch of imagination. It is a gross attempt to weaken the Act and deprive people of their fundamental right in relation to the Parliament, which represents and is accountable to the people of Pakistan.

As a background, it may be noted that Senate Secretariat has not so far implemented the Right of Access to Information Act 2017, even after around 3 years of its enactment. It has refused to provide information to citizens, who filed information requests, even after orders of the Pakistan Information Commission.

The Coalition for Right to Information (CRTI) strongly opposes the proposed amendment, which is in violation of the Constitution, democratic rights of citizens and Article 19A of the Constitution. It demands all political parties to reject it and, instead, focus their attention on improving the Act in the interest of greater transparency and public accountability in the matters of public interest and governance.

Mr. Aftab Alam, of (IRADA)remarkedthat the federal RTI law is already a weak law, we accepted it under protest.Why Senate is promoting secrecy and wants to become a sacred cow. Parliament should be reminded that it has passed the 18th Amendment. He emphasized that Parliament’s upkeep is based on the tax payers’ money and members are the representatives of common people. How the parliament can be excluded from the definition of public body?

Ms. Sadaf Khan, Director Program Media Matters for Democracy, maintained that Article 19-A is significant for the freedom of expression. She added that during the times of COVID-19 people’s right to information was badly affected. The proposed amendment needs to be strongly re-thought as it is deemed to be against the very spirit of transparency and ensuring public oversight of financial resources, authority and public trust.