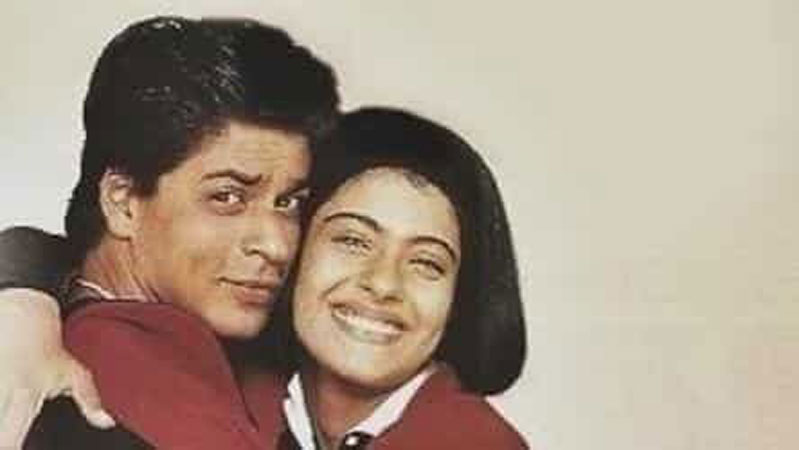 The blockbuster Dilwale Dulhania Le Jayenge (DDLJ) will be 25 years old on Tuesday, and a statute of its lead pair, Shah Rukh Khan and Kajol, will be erected at Leicester Square in London.

This is the first time that a long-term Bollywood statue will be erected in the UK. The announcement came from Heart of London Business Alliance of the UK, and the statue will be set up as part of ‘Scenes In The Square’ movie statue trail.

Talking about the inclusion of statues of Bollywood actors, Mark Williams, director of Destination Marketing at Heart of London Business Alliance, said: “It’s fantastic to be adding such titans of international cinema to our trail as Shah Rukh Khan and Kajol. ‘Dilwale Dulhania Le Jayenge’ is one of the most successful and important Bollywood films of all time, and it’s exciting to be able to bring to the trail the first film that actually features Leicester Square as a location.”

“This statue is a fitting tribute to the global popularity of Bollywood and the cultural bridges that cinema can help build, and we’re in no doubt it will attract fans from all around the world,” he added.

The statue will join those of nine other film icons from the past 100 years, eight of which were unveiled in late February and recently granted longer-term residency by Westminster Council to remain at Leicester Square until at least July 2023.

In September a statue of Harry Potter joined the original line up that includes Laurel and Hardy, Bugs Bunny, Gene Kelly, Mr. Bean, Paddington and the superheroes Batman and Wonder Woman.

DDLJ marked the debut of writer-director Aditya Chopra, and the film went on to break a few records upon release apart from redefining the Bollywood romantic drama. The Yash Raj Films production is also recalled for its songs composed by Jatin-Lalit.

“When ‘Dilwale Dulhania Le Jayenge’ was released 25 years ago, it changed the face of the industry and captured the hearts of everyone who saw it. We’re thrilled to be able to announce this statue, and to be the first film of Indian origin to be represented in ‘Scenes In The Square’. We are honoured that these Bollywood superstars have been recognised alongside the Hollywood elite, from Gene Kelly to Laurel and Hardy, and this is a great way to express the international appeal of cinema,” said Avtar Panesar of YRF.