Crime drama is the flavour of the season: Divyenndu V Sharmaa 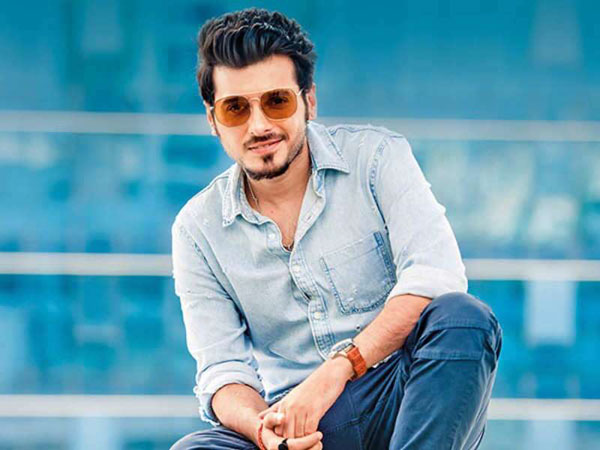 The release of Mirzapur created a storm in the Indian web space two years ago, and the fandom has only increased during the wait for its second season.

In a show where there aren’t any good guys, in the traditional sense, Munna Tripathi played by Divyenndu V Sharmaa turned out to be the ‘traditional’ villain in Season 1.

In a conversation with indianexpress.com about the upcoming season of the Amazon Prime Video series, Divyenndu shared that this time around, we will see a more “human side” of Munna. “Munna has got this self-belief that no one can do anything to him. He has this constant belief in himself that ‘You are the man’. He thinks ‘I can do anything and everything.’ It was lovely to play Munna in such different settings and circumstances. I really enjoyed that change of scenario,” the actor said.

Divyenndu was quick to add in this season the audience should be prepared for “even more bhaukaal than you saw in Season 1.”

Back in Season 1, the killing of Abhishek Banerjee’s Compounder had an adverse effect on Munna. Divyenndu V Sharmaa acknowledged that Compounder’s death left a “major scar on his personality, on his psychology. He was the only one who used to really care about Munna.” For a large part of the first season, Munna and Compounder shared a lot of screen space so when it came to the shoot of the second season, Divyenndu shared that he “felt very alone” at times as “the gang was not really there like how we were in Season 1.”

Since Mirzapur’s release in 2018, the web space has seen many stories set in the heartland that don’t hold back on the violence and gore. Mirzapur seems to be the template for many such shows, and so like many of its contemporaries, the show has come under the scanner for its violence. When asked about the same, Divyenndu shared that in the OTT space, “there is always a flavour of the season and right now, crime-drama is the flavour of the season. I think it’s just a phase that we are going through.” Divyenndu added that we might soon witness the phase for comedies around dysfunctional families or even fantasy.

Talking about the depiction of crime on screen, Divyenndu V Sharmaa recalled something that writer Javed Akhtar had once shared. “Javed Akhtar was once asked if cinema is inspired by society or the society is inspired by cinema and he said that these are two mirrors that are placed in front of each other so you can never actually tell that who is aping whom. Our creator Puneet Krishna used to tell us stories that we can’t even show on scree. It’s all a part of the human behaviour.” Mirzapur Season 2 starts streaming on Prime Video from October 23.