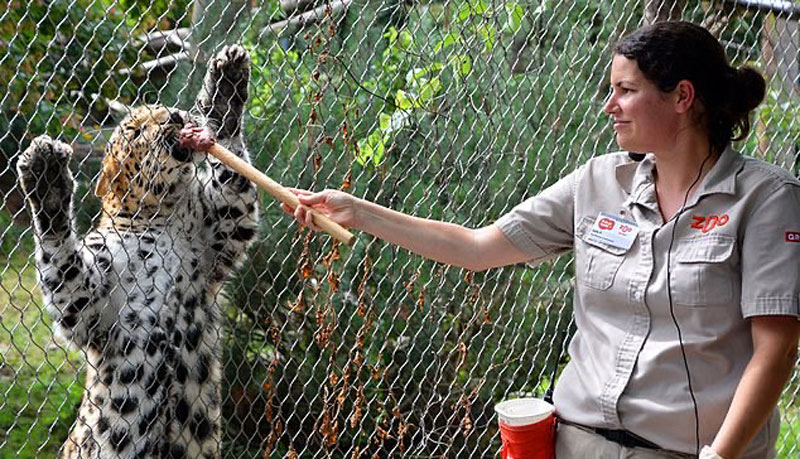 Animals such as mammals, birds and reptiles lose their fear of predators after they start encountering humans, experts say. Biologists analysed nearly 200 scientific studies to investigate changes in different ‘anti-predator’ traits – which can help an animal outwit a predator and escape with their lives – following human contact.

Contact with humans – such as in zoos and tourist enclosures – gradually wears away the natural ‘anti-predator’ instincts in multiple species, they found.

In the wild, these animals are put in great danger when they then have to escape from predators, the international team of scientists claim.

The issue also affects animals in the wild that live near cities and new urban developments, which are being lured by scraps and tamed by humans.

‘While it is well known that the fact of being protected by humans decreases anti-predator capacities in animals, we did not know how fast this occurs and to what extent this is comparable between contexts,’ said Benjamin Geffroy from the Institute of Marine Biodiversity, Exploitation and Conservation in France. 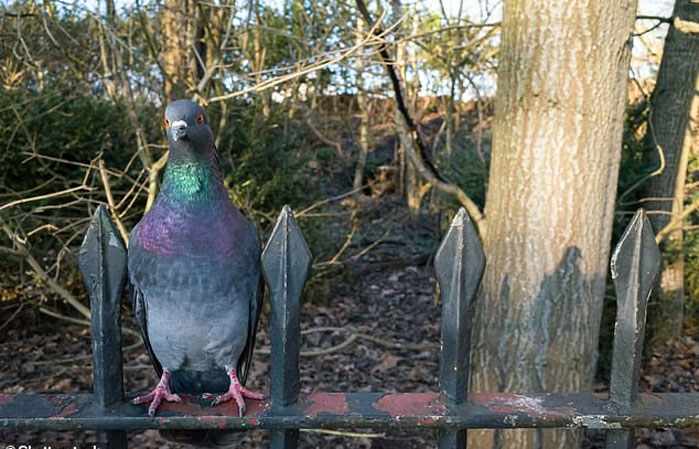 ‘We believe they should be systematically investigated to draw a global pattern of what is happening at the individual level.

‘We need more data to understand whether this occurs also with the mere presence of tourists.’

Examples of anti-predator techniques can vary between species – from changing colour as a method of camouflage, to living underground, only coming out of their habitats at night, playing dead or simply fleeing.

The researchers analysed the results of 173 peer-reviewed studies investigating anti-predator traits in 102 species of mammals, birds, reptiles, fish and molluscs.

The team looked at the change in anti-predator responses during contact with humans under three different contexts – urbanisation, captivity and domestication.

As an example, an animal in the context of urbanisation would be a fox in a back garden or a pigeon in Trafalgar Square.

Captivity would be an impala in an African shooting range or a Atlantic silverside fish in a farm, while domestication could simply be a chicken in a coop.

The scientists found that contact with humans led to a rapid loss of animals’ anti-predator traits.

Animals showed immediate changes in anti-predator responses in the first generation after contact with humans.

This initial response is a result of behavioural flexibility, which may later be accompanied by genetic changes if human contact continues over many generations, the team claim.

It’s likely that animals kept in captivity – such as tigers and elephants in Africa – have less immediate contact with humans than those in domestic or urban environments.

The results also showed that herbivores changed behaviour more rapidly than carnivores and that solitary species tended to change quicker that those that live in groups.

The loss of anti-predator behaviours can cause problems when those domesticated or urbanised species encounter predators or when captive animals are released back into the wild.

We may be creating ‘a human shield’ for animals that protects them from predation – but without this shield in the wild, they’re vulnerable.

‘Conserving the variety of anti-predator responses that exist within a population will ultimately help sustain it,’ the experts say in their research paper.

‘This might involve intentionally exposing animals to predators or to predator-related cues for conservation purposes to prevent the loss of necessary anti-predator traits.’

Understanding how animals respond to contact with humans has important implications for conservation and urban planning, captive breed programs and livestock management.

The study has been published in PLOS Biology.