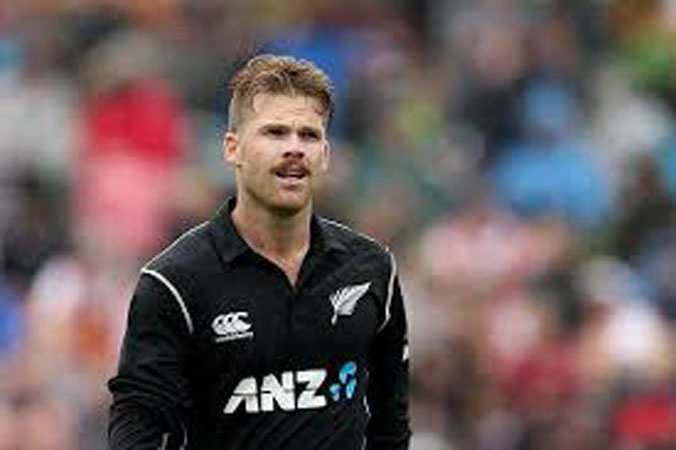 DUBAI: Playing his first match in this year’s Indian Premier League on Sunday, New Zealand fast bowler Lockie Ferguson showed the Kolkata Knight Riders what they’ve been missing with a fiery match-winning performance against the Sunrisers Hyderabad. Eoin Morgan’s Kolkata finally handed an opportunity to the previously overlooked paceman in their ninth match of this year’s tournament, which is being played in the United Arab Emirates due to concerns over the COVID-19 pandemic in India. The 29-year-old Ferguson made full use of the chance, bowling fast and mixing his slower deliveries intelligently on a sluggish pitch to pick up three for 15 in his four overs.

Morgan then called on him ahead of Australian pace spearhead Pat Cummins to bowl the Super Over after Hyderabad skipper David Warner scored 17 off the final over but left the match tied, with each team scoring 163 from their 20 overs. In just three balls, Ferguson claimed two scalps for two runs, including the wicket of Warner. Kolkata comfortably chased down the target to complete their fifth victory. “It was a pleasure to get an opportunity, I am really happy to get away with a win today,” Ferguson said in the post-match presentation, adding that the wicket of Warner on the first delivery of the Super Over was most pleasing for him. “I had my plan which was working right throughout the game.” England’s limited-overs captain Morgan said man-of-the-match Ferguson was “outstanding”.

“The hunger and drive that he’s shown off the field and waiting for an opportunity will really spur the guys on,” Morgan said. Kolkata are fourth in the eight-team standings after the win. Cummins, the world’s top-ranked test bowler, said it was an easy decision to hand the white ball to Ferguson for the Super Over. “Personally being a fast bowler as well, I always love seeing a bit of pace out there and he’s certainly fiery,” Cummins said. “He was brilliant, glad he got a chance and I’m sure we will see more of him.”