* Committee will also prepare a proposal on subsidy on fertilizers

The Economic Coordination Committee (ECC) of the Cabinet Monday constituted a committee to thoroughly evaluate the proposal for the increase in the Minimum Support Price (MSP) of wheat for the 2020-21 crops.

The committee would also prepare a proposal on subsidy on fertilizers, mainly DAP, which would be offered as a part of the package for the farmers so that their input cost is reasonable/reduced. The ECC also decided that the provinces should increase wheat releases to stabilize/reduce the price of flour in the market.

The committee would present its proposal in the next meeting of ECC, according to press statement issued by the Finance Ministry.

Earlier, the Ministry of National Food Security and Research briefed the ECC on different estimates, compiled from Punjab, KP, Balcohistan and the Federal Capital. During the discussion, it also came to the fore that there was a need to increase the MSP to support the farmers and to grow enough quantities in the next sowing season.

The forum also discussed the need to rationalize the prices of inputs for making them more affordable to the farmers, to support the rural economy through various measures and to increase the supply of wheat in the market so that the flour prices are brought down. It was also discussed to have a better system for gathering data regarding the agriculture sector.

The ECC decided that the provinces should increase the wheat releases to stabilize/reduce the price of flour in the market.

It was decided that the local governments will also be directed to specially monitor the prices of wheat and flour in the markets so that its prices may not be allowed to escalate for the common man.

The cabinet committee also approved, in principle, the procedure for registration under the concessionary regime of electricity, RLNG and gas under the export oriented sectors (erstwhile zero-rated sectors) with instructions to ensure better targeting of the recipients of this subsidy. The ECC decided that the previous list of manufacturers or exporters declared zero-rated by FBR (under condition (xii) of the SRO 1125) would be adopted in export-oriented sectors.

The Federal Board of Revenue (FBR) may register new manufacturers or exporters of five export oriented sectors (erstwhile five zero rated sectors), in accordance with past precedents of STGO-117, under Commerce Division’s O.M No.1 (18)/2019 in manner specified by FBR.

FBR, Petroleum Division and Power Division may formulate periodic rechecking/monitoring/withdrawal strategy for previous and newly registered units along with procedure to penalize in case of misrepresentation and misuse. 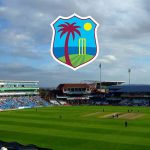