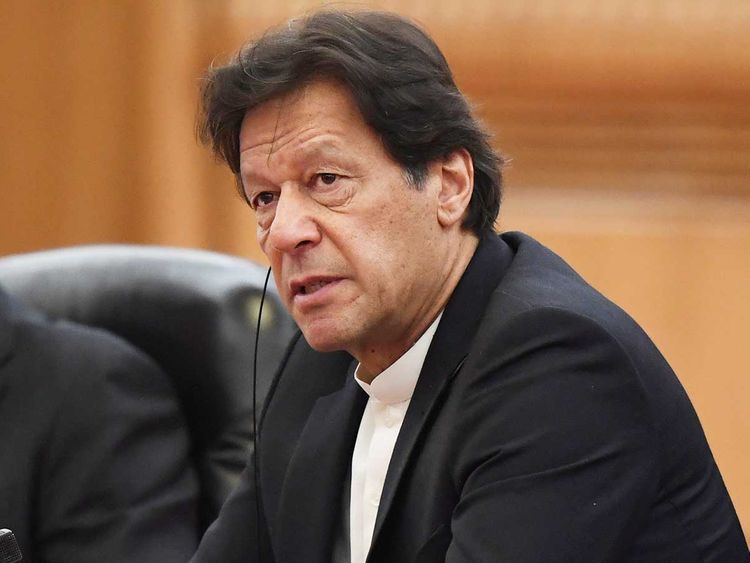 Prime Minister Imran Khan on Monday cautioned that a second wave of the novel coronavirus may hit cities with a high level of pollution in the coming months as the winter season approaches.

While addressing the Clean Green Index Award ceremony in Islamabad, the prime minister said that several cities, where pollution levels are high, experience smog during October and November, when temperatures start to drop. “I fear that in these two months – October and November […] cities like Faisalabad, Lahore, Karachi, Peshawar, Gujranwala, where there is more pollution […] there might be a second spike in coronavirus cases. The cases are rising gradually and we hope that they don’t increase quickly and we are monitoring it,” he told participants of the event. He further said that during the winter, “pollution becomes stagnant in the atmosphere”, leading to the spread of diseases.

He, however, pointed out that the international institutions, including the World Health Organization (WHO) appreciated Pakistan for its effective handling of the Covid-19 and put it among the world’s four countries, which, besides protecting the people from the virus, also saved themselves from economic impacts.

The prime minister called for all-out efforts and measures, including the forestation to ensure a pollution-free clean and green environment to safeguard the country’s current and future generations from various diseases and climatic effects. “This is the time for government and nation to get mobilized to safeguard our children and future generations … there is a need of forestation,” he said.

The prime minister said Pakistan, which was bestowed by Allah Almighty with abundant natural resource and beauty, was not take care of in the past and was destroyed through a lot of deforestation. “Peshawar was known as a city of gardens and Lahore used to be a clean and green city…But now we have reached to this point. Lahore has witnessed 70% deforestation during the last 20 years,” he remarked.

Imran Kahn said there was a need to change the mindset of people to bring in changes at the ground level, and create awareness among them about the importance of clean and green environment. Appreciating the efforts of deputy commissioners of the cities that won the encouragement awards under clean and green index, he said there should be more incentives for the officers working to ensure cleanliness in the cities.

The prime minister, however, added that since there was a culture of equal treatment of people in bureaucracy in terms of salaries and perks, there was a need to introduce a system of reward and punishment to encourage the hard-working officers. If the deputy commissioners ensuring cleanliness in their respective districts were awarded with incentives, including the financial awards, then those not performing well should be punished, he added.

The prime minister lauded the Ministry of Environment and Climate Change for the clean green initiative, saying besides 120,000 champions registered in the clean and green initiative, over one million youth from the Tiger Force would also help ensure cleanliness in the country.