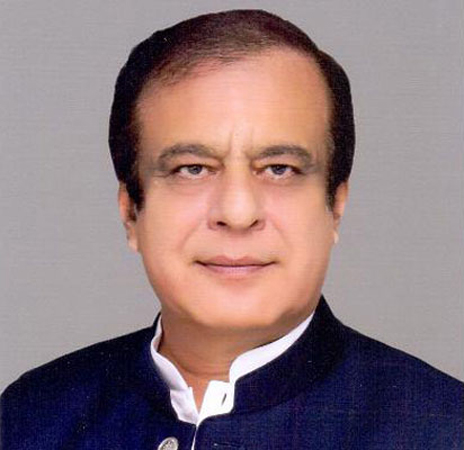 Addressing a press conference here at Peshawar Press Club, the federal minister said opposition leaders have nothing to do with problems of common man and that they are only out to put hurdle in the way of development process initiated by PTI government in the country. He said opposition is making efforts to create political chaos, despair and hide massive corruption of their leadership, adding that personal interest-driven movements never gained popularity among masses in the past.

Shibli Faraz said opposition is raising tall slogans of price hike in order to divert people’s attention from corruption of their leaders, saying accountability process will continue indiscriminately and no NRO will be given to looters of the national resources. He said people knew that who had looted the national resources while holding public office and purchased expensive luxury apartments in London.

Shibli Faraz said opposition attempted to get NRO by proposing several amendments in NAB laws according to their whims when FATF related legislation was going on. He said opposition wanted to get a clean chit in corruption cases by proposing to refer only those cases to NAB, which amounted to Rs1 billion or above.

The federal minister said the opposition in their respective regimes posted their blued eyes on key posts in important institutions such as FBR and SECP for serving their personal interest. As result of these negative policies, he said the country’s exports remained stagnant and economic growth was highly under pressure.

The minister said when PTI came into power in 2018 general elections, the country was facing severe financial crunch and was in the situation of default and bankruptcy. “But with grace of Allah Almighty, we had turned around the country’s economy and economic indicators are improving besides stabilization of rupee,” he maintained. “The growth oriented economic policies have led to increasing tax collection and exports besides trusts of investors were restored. There is a struggle going on between two forces one led by elements that plundered the national resources and accumulated wealth for personal use during last 40 years while the other is led by Prime Minister Imran Khan who is a sincere and honest leader who launched a decisive movement to eliminate corruption and put the country on road to progress and development,” he said.

The minister maintained that targeting national institutions were no service to the country rather it was tantamount to weakening the people. He said people of Pakistan are politically mature and aware of personal motives of the opposition and that is why that stayed away from Gujranwala and Karachi meetings where JUIF chief Fazlur Rehman has addressed almost empty chairs. He questioned how come Maulana Fazlur Rehman was criticizing the National Assembly when his son became its member and he himself contested election for the office of president.

The minister said despite securing majority seats by the opposition from Gujranwala and Central Punjab in last general election, it has failed to attract a large number of people at Gujranwala, which reflects that people have fed up with their meaningless agitation politics. He said despite the fact that Fazlur Rehman was Chairman Kashmir Committee of the National Assembly for so many years, Kashmir issue remained on backburner and foreign policy was compromised. On the other hand, he said Prime Minister Imran Khan had raised Kashmir issue on all international forums including UN General Assembly in more effective way and become a strong voice for the oppressed Kashmiris of Indian Illegally Occupied Jammu and Kashmir.

To a question about arrest of Capt Retd Safdar, the Minister said the indecent behavior demonstrated at the mausoleum of Father of the Nation, Quaid e Azam Muhammad Ali Jinnah by Capt Safdar was highly deplorable.

The minister claimed opposition is trying to politicize their corruption cases in organized way by criticizing state institutions including judiciary and defense establishment, which was unacceptable. He said legal options would be utilized to bring Nawaz Sharif back to the country. He asked the opposition parties to make apology for what they have done to people and country by undermining the institutions over the past 40 years.