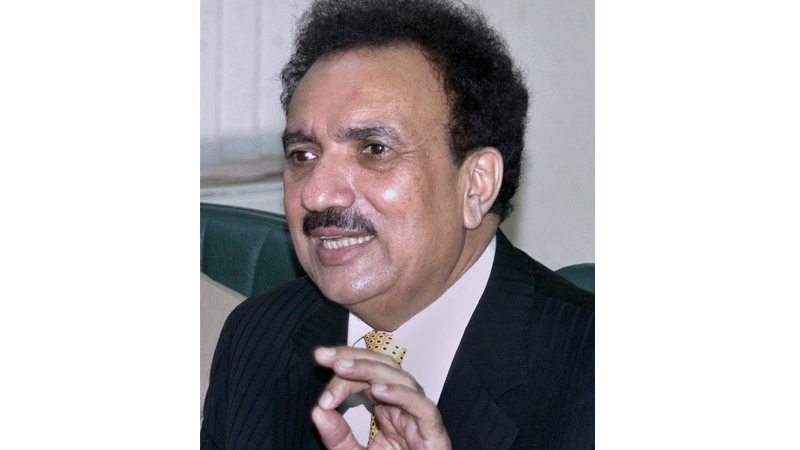 Chairman Senate Standing Committee on Interior Senator Rehman Malik on Monday wrote a letter to Dr. Marcus Pleyer, President Financial Action Task Force, pleading him to placing India on the Grey List of FATF for its involvement in money laundering through 44 banks mentioned in the suspicious activity reports SARs by United States banks.

In his letter, Senator Rehman Malik referred to his earlier letters dated 14th February, 2019 and 12th March, 2019 wherein he had pleaded for action against Indian Prime Minister Narendra Modi and his government for protecting international fugitives involved in biggest ever credit fraud and money laundering. In his earlier letters, he has I also requested the removal of Pakistan name from the FATF Grey List of FATF.

Rehman Malik wrote that the World has noticed the vast variation between the given mandate and the assumed one by FATF and penal actions against various country including Pakistan referring to the earlier response of FATF as “The Financial Action Task Force is an inter-governmental body whose purpose is the development and national and international policies to combat money laundering and terrorist financing. The FATF is therefore a ‘Policy – making body’ created in 1989 that works to generate the necessary political will to bring about legislative and regulatory reforms in these area.”

He wrote that the above mandate empowers the FATF to undertake its role as the “policy making” but on the contrary, FATF under your leadership exceeded the official mandate by placing Pakistan on Grey List and kept the sword of penal action hanging on the head of Pakistan although Pakistan has complied with all the requirements of the FATF by adequately bringing amendments in the existing laws and by promulgation of some new legislations. “Frankly speaking FATF acted like Interpol by even overstepping the authority of Interpol as money laundering and terrorism comes under the charter of Interpol. Unfortunately, we did not witness the presence of Interpol and the member states of Interpol have the right to demand as to how the FATF have overstepped its official mandate to intrude in the jurisdiction of the Interpol.”

“I would also like to draw your kind attention to rapid increase of ISIS/Daesh in India as U.N. report on terrorism has warned that there are “significant numbers” of Islamic State (IS) terrorists in Kerala and Karnataka, noting that al-Qaeda in the Indian Subcontinent (AQIS) terror group is planning attacks in the region,” he said, and mentioned that the UN report states “One Member State reported that the ISIL Indian affiliate (Hind Wilayah), which was announced on 10 May 2019, has between 180 and 200 members. According to the report, there are significant numbers of ISIL operatives in Kerala and Karnataka States.”

He highlighted that the report also warns that Al-Qaida in the Indian subcontinent is planning attacks in the region and the two terrorist groups are using Covid-19 pandemic as a platform to propagate their ideology and asking innocent Muslims to be the carrier of Coronavirus and spread it amongst people.