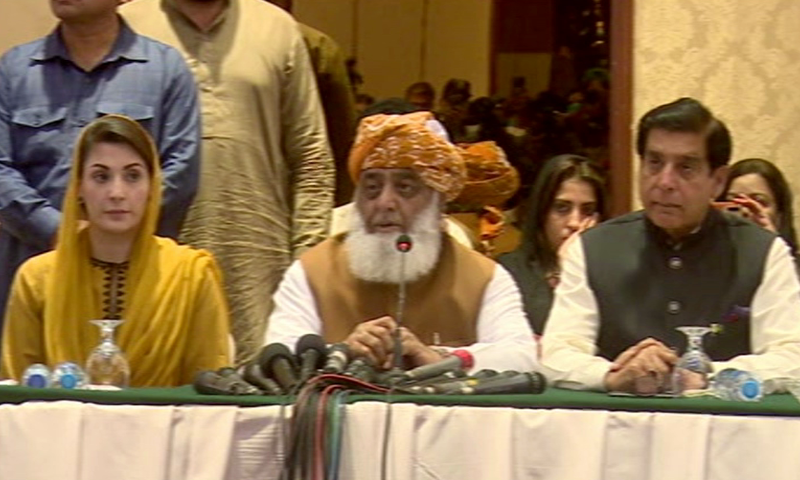 “When IG Police refused to act against them [PML-N leaders] in his own home. He was arrested. And he was held hostage in the office of powers that be for four hours and was forced to register an FIR,” alleged Fazl in a press conference flanked by other PDM leaders.

The Opposition leaders were speaking to the media hours after the early morning arrest of Maryam Nawaz’s husband from a Karachi hotel in a case filed at Brigade Police Station for violating Mazar-e-Quaid’s sanctity.

Earlier, Opposition parties stepped up the pressure on the PTI-led federal government with a massive power show in Karachi, the second under the banner of their alliance Pakistan Democratic Movement (PDM) after the one in Gujranwala, their leaders in their fiery speeches striking at the current regime’s weak spots – rising prices, crumbling blues and lapses in governance.

The PDM rally at Bagh-e-Jinnah adjacent to Quaid’s mausoleum drew thousands of opposition activists and supporters, mostly those belonging to the PPP as the party, which is in power in Sindh, hosted the event in the economic hub of the country.