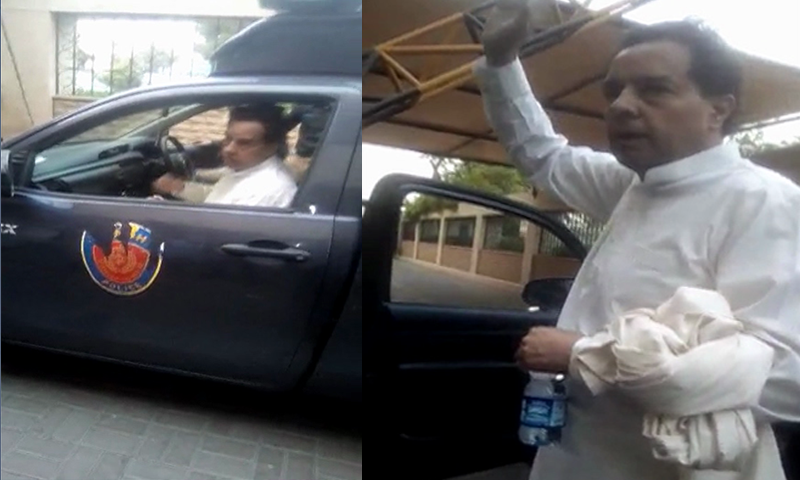 KARACHI:  PML-N leader Captain retired Mohammad Safdar was presented before a court in Karachi by the Sindh Police after he was arrested in a case pertaining to violating the sanctity of Quaid’s mausoleum on Monday.

Earlier, PML-N leader was taken into custody after he was booked in a case pertaining to the violation of the sanctity of the Quaid-e-Azam’s Mazar where a day earlier he had chanted the slogan “vote ko izzat do (honour the vote)” and urged people to join him.

Party workers and supporters had responded to Safdar’s call and chanted along for an extended period of time as Maryam Nawaz and party spokesperson Marriyum Aurangzeb looked on.

“Police broke my room door at the hotel I was staying at in Karachi and arrested Capt Safdar,” Maryam said via tweet.