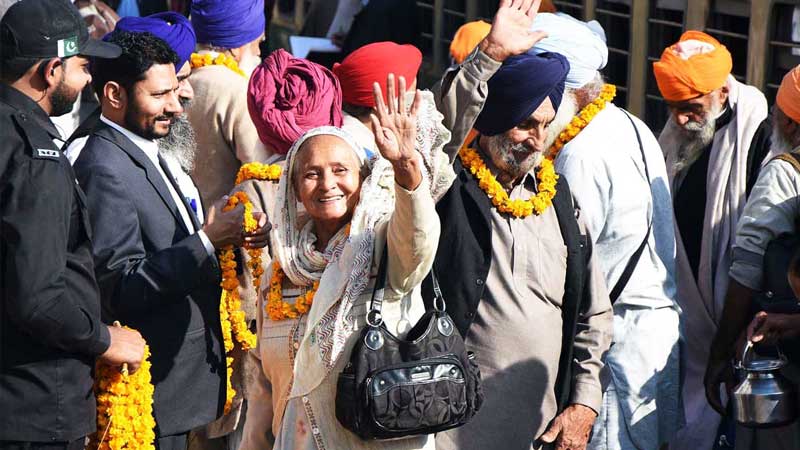 Proof of a ‘negative’ Coronavirus test will be mandatory and after which a 5-day visa will be granted to the pilgrims.

The three-day celebrations, known as Guru Nanak Gurpurab, will begin on November 27 at Nankana Sahib.

Every year, a large number of Sikh pilgrims from India and different parts of the world gather at the Gurdwara Janamasthan Nankana Sahib, the birth place of Guru Nanak, in Pakistan’s Punjab province to mark his birth anniversary. However, the COVID-19 pandemic is likely to affect festivities this year.

The country’s Waqf board and the Pakistan Sikh Gurdwara Parbandhak Committee have also sent regular invitations and itineraries to various other Sikh societies including the Shiromani Committee of India, inviting them to the festivities.

Due to the ongoing Covid-19 pandemic, Indian Sikhs will be allowed to stay in Pakistan only for a limited period of time, without any extensions.

A three-day celebration known as Guru Nanak Gurpurab will begin on November 27 at the Nankana Sahib, with celebrations continuing throughout the month.

“The stay of Indian Sikhs in Pakistan had to be revised in consideration of closed borders and rising coronavirus tally in India,” said Sardar Satwant Singh, head of Pakistan Sikh Gurdwara Prabandhak Committee.

“There will be no new restrictions placed on the number of Indian Sikh pilgrims making the journey.”