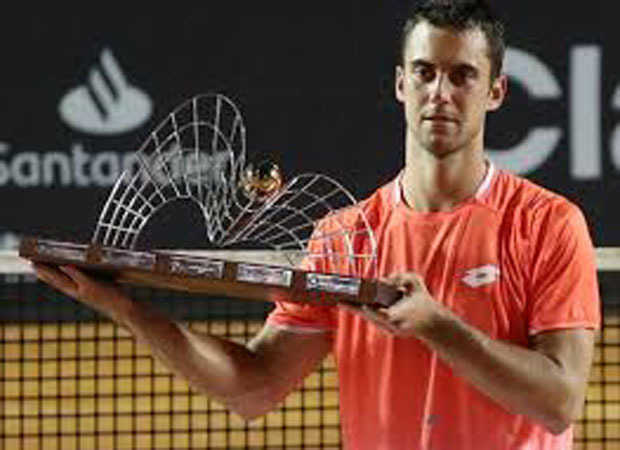 SARDINA: Serbia’s Laslo Djere beat Italy’s Marco Cecchinato 7-6(3) 7-5 on Sunday to win his second career ATP title at the Sardinia Open, the final claycourt tournament of the year. Djere capitalised on Cecchinato’s poor second serve to convert four break points in the match while the Italian also made a slew of errors in the tiebreak to hand his opponent the advantage. The Serb started the second set on the front foot and nearly took a 3-0 lead before the home favourite mounted a comeback. Djere lost some of his rhythm and made a few errors himself but kept his nerve before eventually breaking Cecchinato in the final game. Cecchinato was looking to become the first Italian to win a title on home soil in 14 years but took solace in the fact that his run to the final would see him enter the top 100 in the rankings. “I’m very happy for this,” he said. “I stayed very focused on my game during the match from the first to the last point. There are so many positive things from the past few weeks.” Djere, the world number 74, is the third Serbian to win an ATP title this year after world number one and Australian Open champion Novak Djokovic (four titles) and 21-year-old Miomir Kecmanovic, who captured his maiden title in Kitzbuehel.